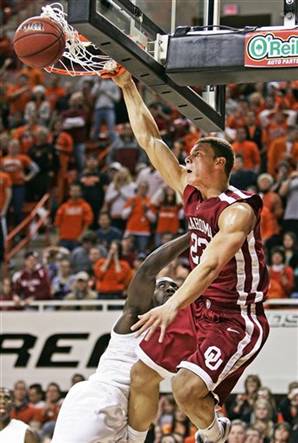 LOS ANGELES — Day three, and the second off day between Games 1 and 2. This is traditionally the day where absolutely nothing happens. The teams spent yesterday making their adjustments following Game 1, and then they spend an hour today talking to the media about the same things they talked about yesterday.

This is why I usually skip the second media day. HOWEVA, with nothing else on my agenda this morning, and with rain in the forecast, I decided to skip a trip to Dodger Stadium and instead go to practice. Practice? Practice.

So I woke up, gulped down some Starbucks, threw on my “Obama/Arenas Black Presidents ’08” shirt and hopped on the bus to El Segundo, where both teams were practicing at the Lakers practice facility. (They couldn’t practice at the Staples Center because the WNBA season was tipping off.)

• The Lakers were finishing up practice when we walked into their practice court. Assistant coach Craig Hodges was giving an interview at midcourt, and I swear I caught him giving my shirt a second glance. One NBA official made a joke about the possibility of an Obama/Arenas ticket, but as I pointed out, would Gilbert really be more likely to say anything wackier than Biden?

• Adam Morrison was talking about his final year of college when he and JJ Reddick were often pared against each other. “It was a little overwhelming. It was cool, but it was almost overbearing.”

• Shannon Brown compared and contrasted playing with LeBron and Kobe: “LeBron is funny, joking around. Kobe, he’s more laid back, but he will joke around, don’t get me wrong. Some of his former teammates will say he’s an a-hole or whatever, but I never got that impression, not once.”

• Shannon and I talked about the contest in the new issue of SLAM to come up with a nickname for him. He was into the idea because he said he’s never had a nickname other than SB. Which is why we started the contest. I couldn’t remember the winning nickname (I remembered it after I left) so I didn’t fill him in. But I will tomorrow.

• Will Orlando double Kobe more in Game 2? Trevor Ariza: “If they don’t Kobe will do his thing.”

• When the Magic hit the practice court, I didn’t actually talk to their players, because I started looking at some numbers. Remember in Jack McCallum’s book on the Suns, “7 Seconds Or Less…” when the Suns coaching staff is torn over how to handle Kobe? They realize they can either try to focus on stopping him and getting the ball out of his hands, or let Kobe get his 40 or 50 points and worry about stopping everyone else. As I recall, the Suns decided to basically split the difference and just try and stop everyone. (Which ended up working pretty well, especially when Kobe quit in Game 7.)

Well, in their last three games, Kobe’s taken a combined 91 shots, which would seem to indicate that neither team has been able to do what they’ve promised to do.

As practice wound down, one of the NBA officials announced that a bus would be leaving for Blake Griffin’s workout with the Clippers. This was the first I had heard about this. I happened to be standing next to blogging machine Michael Lee from the Washington Post. Mike and I glanced at each other and decided to go for it.

We went out to Mike’s rental car, spent about 10 minutes figuring out how to find the Clippers’ new practice facility, then set out. It wasn’t far away, and when we rounded the corner and saw the facility, Mike nearly swerved off the road. For years the Clips scrimmaged at a small local college, but this place, which opened a few months back, was huge and gorgeous, with a big LOS ANGELES CLIPPERS on the side of the building and a blinking LED readout on the front that read “The Clippers Welcome Blake Griffin.”

Mike and I beat the media shuttle to the facility, so the Clippers’ PR staff gave us an impromptu tour, from the huge video/tech center to a pool with an underwater treadmill that guys can rehab injuries on. The weight room was cavernous, and we even caught the coaches locker room, with a towel embroidered with each coach’s initials hanging in their lockers.

Before long the media started rolling in, and I grabbed a seat along the side of the court with a bunch of other writers, including Mike Lee, Howard Beck, Ken Berger and David Aldridge to watch Professor Griff workout. But first, a bunch of people who Mike Dunleavy later referred to as “season ticket holders and sponsors” showed up and took seats on the floor all around the court. And I mean a lot of people, like 150 or so.

A few minutes later, Griffin showed up and went through a series of stretches, then did some drills where he practiced catching in the post and dunking. He displayed a nice array of lefty and righty dunks, stopping a few times as Clips assistant coach Kim Hughes talked to him about extending himself around the rim to make his dunks quicker and harder to block. At one point they put a few cones down on the floor and had Griffin zig-zag between them on his way to the rim and then dunk. (We wondered if they told Griffin to pretend the cones represented Chris Kaman and Zach Randolph.)

Then came the shooting drills, and to be honest, it wasn’t pretty. At all. Griffin shot a lot of midrange jumpers, and he didn’t make very many of them. His release point was all over the place, he seemed to fade on most of his shots. At one point he missed 6 of 8 shots from the wings. The only place he really looked comfortable was on the baseline, where he swished a lot of jumpers. But from everywhere else, he was all over the place.

Griffin capped off the workout by doing a drill where he dribbled three basketballs at once, which was impressive and all, but I’d rather have seen him make a few more of his jump shots. And then all the Clipper fans (a group that, oddly, included actor Matthew Lillard from Scream and Summer Catch), cheered loudly. The Clippers had cut together a highlight reel of Griffin from college that they had playing on a loop, and the more I watched it, I realized it was all dunks. if he was playing on a fastbreaking NBA team, I’d say he was a great fit. But in Mike Dunleavy’s downtempo offense, I’m not sure how well he’s going to fit in.

When the workout finished, Mike Dunleavy came over to talk to the media. in talking to Clippers officials earlier, it was pretty apparent that barring a trade, Griffin is their guy, and Dunleavy did nothing to dissuade this. Dunleavy said, “Blake is a tremendous talent but an even better kid. There’s nothing more to be desired.” He compared Griffin’s body to Adonis and noted that he has “major hops.” And while he said that Griffin could “clearly” improve his range — presumably he meant getting better on anything from outside of two feet — he also stressed that Griffin was a great competitor who had the work ethic to continue improving.

Blake Griffin came over next. I ended up standing right next to him and was impressed by his size — he’s a legit 6-9 or 6-10. Immediately, Griffin noted that he wished he’d shot better (said he felt “a little tight”). He said he didn’t know there were going to be so many people there, that it was the biggest group of people he’d ever worked out in front of. The ballhandling came naturally — he was a point guard in fifth grade — and he said he planned on working more on his perimeter game the rest of the summer.

On the bus back to the hotel, as I re-ran Griff’s workout in my dome, the more I reconsidered Ricky Rubio as a possible first overall pick. Rubio might not be a great shooter, but he’s no worse than Griffin (who, incidentally, I was surprised to learn was a career 59 percent free throw shooter at Oklahoma), and he has a much wider skill-set than Griffin. The Clippers seem enamored with Griffin, or else they wouldn’t have put together such a big event for him. But to me, the talent gap between Griffin and Rubio is not as wide as I’ve been led to believe.

And speaking of the Clippers, how did ESPN not call this story “Slumdog Millionaire”?

Aiight. Before I sign off, a quick reminder that I’ll be back tomorrow night with Marcel to liveblog Game 2 from the Stapler. Hope to see ya here on SLAMonline.com.