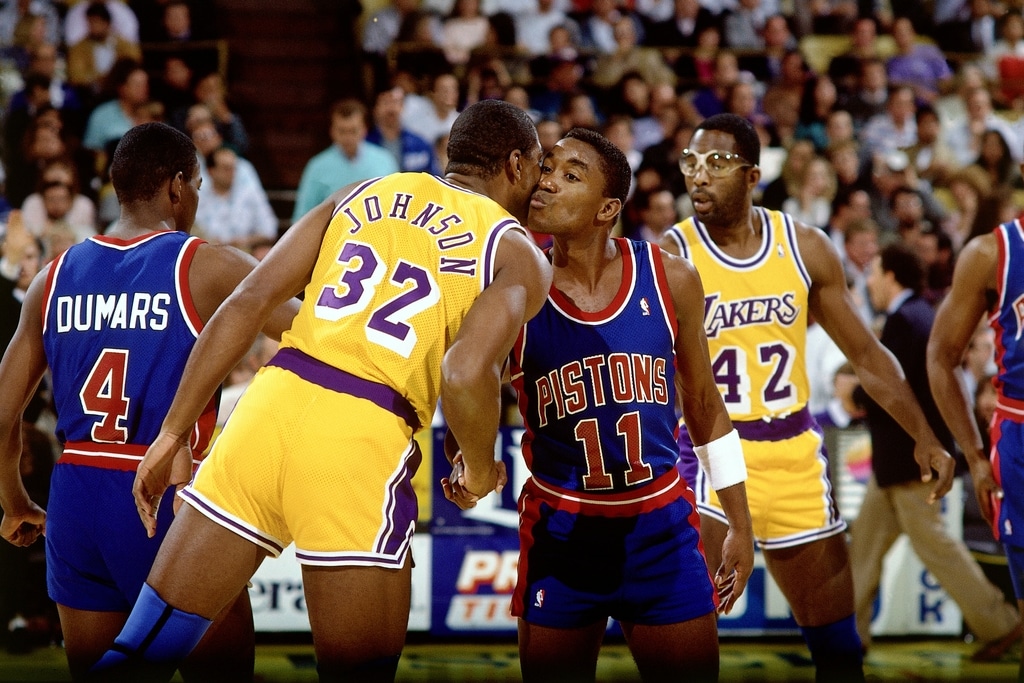 Magic Johnson and Isiah Thomas publicly buried the hatchet in their long-running feud during an emotional NBA TV special that aired Tuesday night.

Johnson and Thomas were extremely close friends and rivals during the 1980s, but had a nasty falling out: Zeke burned a ton of bridges with fellow players, and Magic worked behind the scenes to keep him off the Dream Team that won gold at the 1992 Olympics.

“Let me apologize to you. If I hurt you. That we haven’t been together.”#PlayersOnlyMonthly pic.twitter.com/nDpfDfZek8

Both men apologized for letting the friendship fray.

“We’ve been on the public stage since we were 18, 19 years old,” Thomas said. “People got to see our journey, our ups and downs, our competitiveness. The break up, the get back together … And for the Chris Webber and Jalen Rose, for the Kevin Durant and (Russell) Westbrook right now, what Magic and I have to show for all people in terms of relationships is that you can have some bad times, you can have some good times, and the love that you have for each other, as men, as human beings, in the relationship, that can sustain and that can come back together.”

The one-on-one sit-down gives the impression that the 1988 NBA Finals was the beginning of the breakdown. In a series remembered most for Thomas’ tremendous performance with a sprained ankle in Game 6 and the phantom foul that helped the Lakers clinch in Game 7 and repeat as champions, it was more than league supremacy that was up for grabs that June.

“You had to make a choice between your Lakers and our friendship,” Thomas said in the show.

“I have loved and admired you for a long time, brother,” Johnson said. “We’re gonna always support each other. I miss our friendship and it’s coming back, brother.”