Marcus Smart On Game 7: ‘You Have To Be Ready For A Dogfight’ 💪 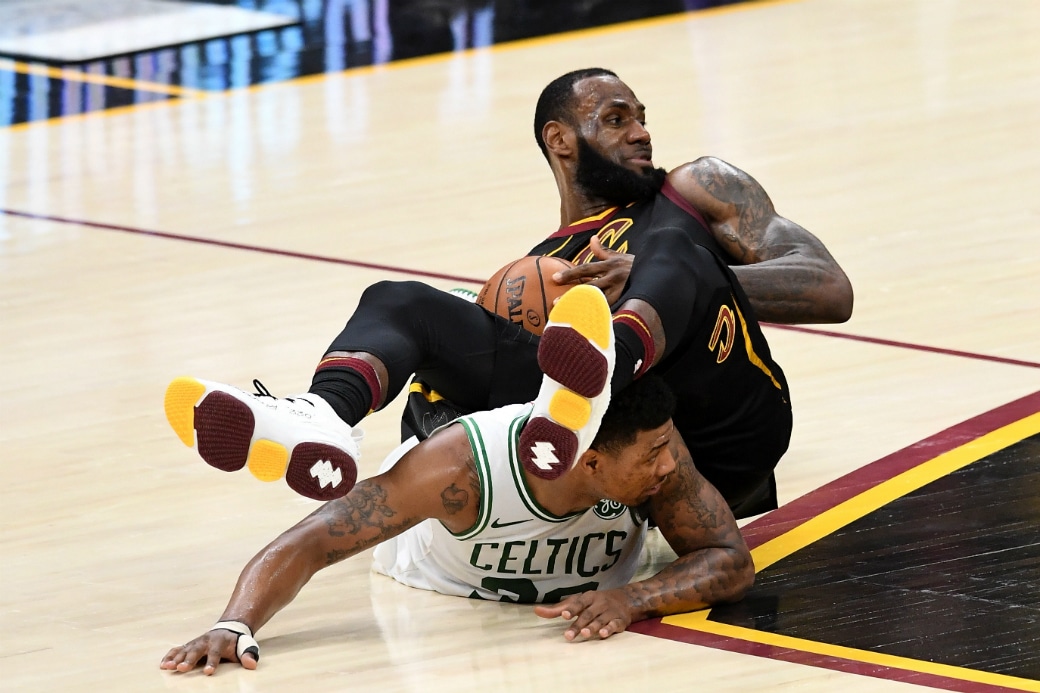 Boston and Cleveland will battle for a spot in the NBA Finals on Sunday night at TD Garden, and guard Marcus Smart knows what to expect, via ESPN‘s Chris Forsberg:

Behind 46 points, 11 rebounds, and 9 assists from LeBron James, Cleveland took Game 6 of the East Finals, 109-99, at Quicken Loans Arena.

Boston has yet to lose at home in the 2018 playoffs, and Kevin Love’s status is up in the air due to a possible concussion, but the team won’t take the challenge lightly:

“We need the whole city of Boston to be behind us,” Terry Rozier said. “We know LeBron is different than a lot of other guys, but we’ve got to get the job done. That’s no excuse, so we’re looking forward to it.”

“We can’t just rely on us being at home for an excuse that it’s going to be easy. It’s not. But like I said, we’re looking forward to it. We’ve got to come out aggressive, and we’ve got to make things happen.”