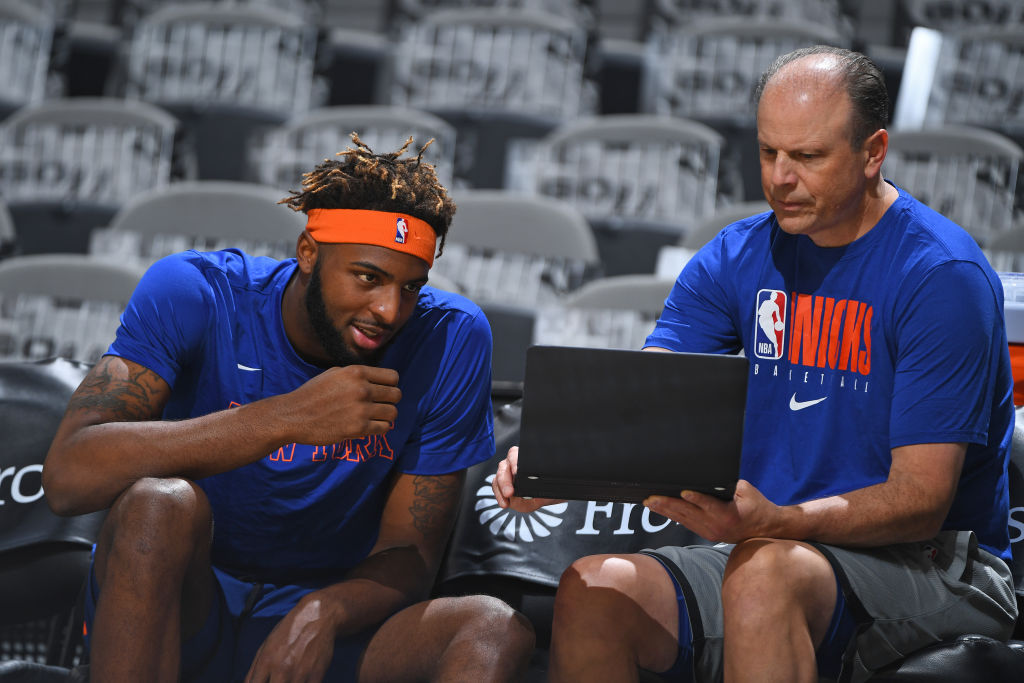 The New York Knicks made their 2019-20 debut last night but standout sophomore center Mitchell Robinson was stuck on the sidelines recovering from a recently sprained right ankle.

The 21-year-old big man – who had been in a walking boot for precautionary reasons – returned to practice for the franchise on Thursday and is officially listed as questionable for the team’s second game on Friday night.

Just because Robinson could potentially be available, however, that doesn’t mean he’s an automatic starter.

Mike Vorkunov of The Athletic spoke with Knicks coach David Fizdale and the bench boss said that he had been weighing whether to start Robinson or free agent signee Bobby Portis anyway.

“Whether Mitchell was playing or not I probably was going to come to this conclusion,” Fizdale said.

Nothing is fixed over the course of a long NBA season, so even if Portis does get the nod early in the season there could still be plenty of room for Robinson to see opportunity.

Robinson averaged 7.3 points, 6.4 rebounds and 2.4 blocks per game in a hair more than 20 minutes of action last season.

In addition to struggling with the ankle sprain, Robinson is just one month removed from recovering from a knee injury sustained at the FIBA World Cup.