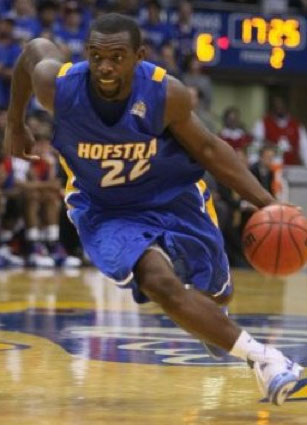 Despite another losing season for the Nets, optimism follows the team as it prepares for its final season in New Jersey. The primary reason for that optimism is Deron Williams, who the Nets were able to pry from Utah after giving up a hefty package centered around Devin Harris, Derrick Favors and this year’s No. 3 pick.

Williams’ arrival at the very least did two things for Avery Johnson’s squad: 1) Give the organization a chance to save face after it struck out on acquiring several available superstars, and 2) Rejuvenated the career of Brook Lopez.

As New Jersey prepares for this offseason, it has the beginnings of a solid starting five. Williams is top-3 point guard in the NBA and should be back at an All-Star level following wrist surgery. Lopez, despite his shortcomings as a rebounder, is still one of the elite centers in the NBA.

And then there’s Kris Humphries. One of the NBA’s most improved players, Humphries gave the Nets the rebounding it wasn’t getting from Lopez while bringing stability to a power forward position that has been a revolving door for a decade for New Jersey. While he is a free agent this season, early indications are the Nets will try to retain him.

But while the Nets seem to have three spots of their lineup figured out, it’s the other two that are holding them back from Playoff contention. The starting wing positions, shooting guard and small forward, were filled by a long list of players that included Anthony Morrow, Travis Outlaw, Sasha Vujacic and Damion James, all of which are better suited for bench roles.

Their lack of production is the main cause for the team’s biggest problem: an inability to score. The Nets finished 28th in scoring at 94.2 ppg just a season after being dead last at 92.4 ppg.

When it all adds up, the Nets should be targeting a wing player who has the ability to fill it up on any given night. While it’s a weak draft class overall, there should be a few players who fit that bill that will be available late in the first round.

With the 27th pick of the 2011 SLAMonline Mock Draft, the New Jersey Nets select…

This pick was almost where Josh Selby landed, but unlike the Kansas freshman, Charles Jenkins figures to be able to contribute from day one, and at the very least should provide a quality scoring option off the bench for the Nets in his first season.

If there’s one thing Jenkins can do, it is score the basketball. His scoring average rose every season with Hofstra, and he finished his senior season at 22.6 ppg. Jenkins is the all-time leading scorer in school history and trails only David Robinson in the history of the Colonial Athletic Association.

While Jenkins is a bit of a tweener at 6-3, he has the scoring ability and athleticism to play shooting guard if New Jersey believes that is his best position. The Nets had no problem going with several smaller sets last year when they often paired first Harris and then Williams in the backcourt with Jordan Farmar.

Jenkins is probably not going to evolve into an All-Star, but he can become a solid rotation player who can score, somewhat similar to Rodney Stuckey. For a team that is looking to make its biggest splashes via trades and free agency, that’s all they can ask for with the 27th pick.