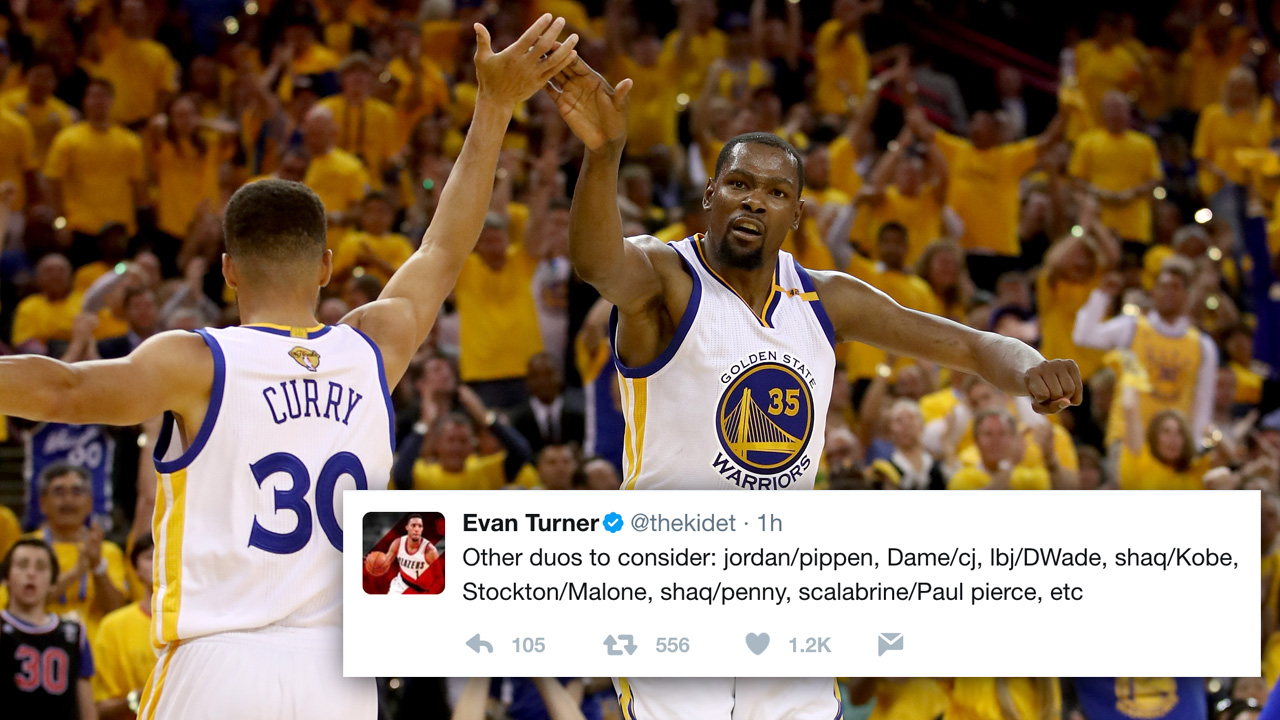 LeBron James once again did everything in his power to propel the Cavs, but Kevin Durant (33 points) and Stephen Curry (32 points) were too much to contain.

Kevin Durant is TOO GOOD. pic.twitter.com/xcOUf7VZ68

NBA players watching the game chimed in on Durant and Curry’s place among the all-time great duos, whether Cleveland should shake up their lineup, the fight that broke out in the stands immediately after the game, and more.

Scroll through the gallery up top to check out what the rest of the League thought about Game 2.

RELATED:
NBA Players React To Game 1 of the 2017 Finals