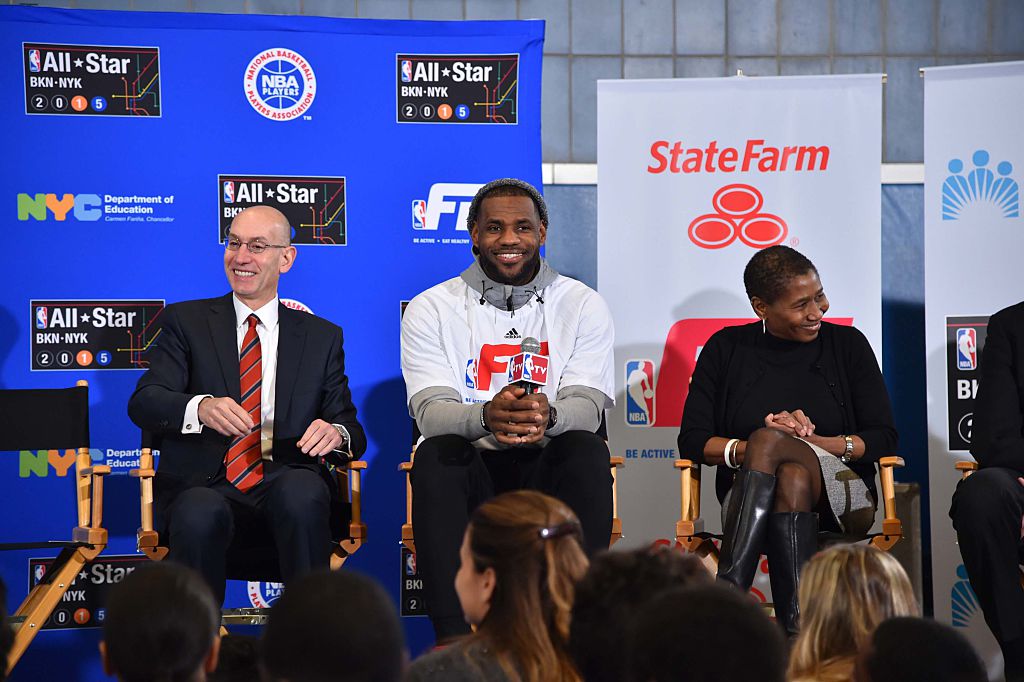 The NBA and NBPA have officially agreed upon a Nov. 18 date for the 2020 NBA Draft. However, there are still several critical details to work out, including the salary cap, the start of free agency and the logistics and start time of the 2020-21 NBA season.

Michele Roberts, the executive director of the National Basketball Players Association, recently sat down with Shams Charania of The Athletic to discuss these topics.

When it comes to the salary cap, many of us thought it could be lower than projected, which would ultimately affect free agency and the future of the league in a big way. According to Roberts, the numbers haven’t been finalized, but a lower cap figure may not be the case.

“I think we’re going to get to a mutually acceptable result, but it’s going to take time. We haven’t done our BRI (basketball related income) audits. We haven’t set a salary cap, we haven’t set a tax. We had a projected BRI, which I think teams appropriately planned for. I don’t think we can deviate much from where we projected the cap to be [$115 million, latest projection]… Frankly, I think that’s going to be one of the easier negotiations, figuring out a cap.”

When it comes to free agency and the flexibility to start building teams out for the future, Roberts suggests that we shouldn’t expect that transaction window to start any later than December 1 saying, “We can’t go much beyond [Dec. 1] for [free agency].”

As for what the 2020-21 season looks like, the league has an idea of what they would like to see.

“The latter part of January, February makes sense. If it’s later than that, if we have a terrible winter because the virus decides to reassert herself, that’s fine. The absolute earliest would be January, and that’s doable.”

When it comes to what the upcoming season looks like, according to this report, the NBA and NBPA both are in agreement that they want an 82-game season, in-market play, reduced travel and potentially a set amount of fans.

Overall, this is all great news for players, front offices and fans. It seems as if the cap figure won’t be too far off from what was projected and that everything will be aligned for a late January or early February start to next season.

Related: Everything we know about the 2020-21 NBA season