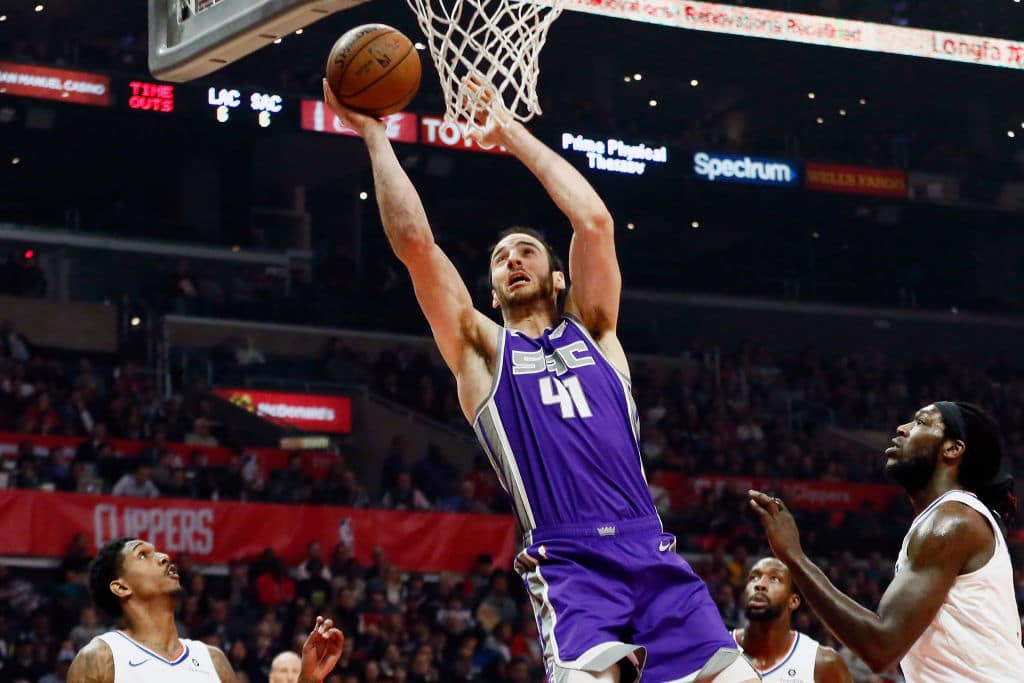 NBA veteran Kosta Koufos has agreed to a deal with EuroLeague squad CSKA Moscow, Chris Haynes of Yahoo Sports. The two-year, $6 million deal with an option to return to the NBA will make him the highest paid American in Europe.

Koufos, a native of Canton, Ohio, spent the past four seasons with the Sacramento Kings and will now ply his trade for the Russian club fresh off of a EuroLeague championship.

The 30-year-old rim protector averaged 3.7 points and 4.2 rebounds per game for the Kings last season in limited action.