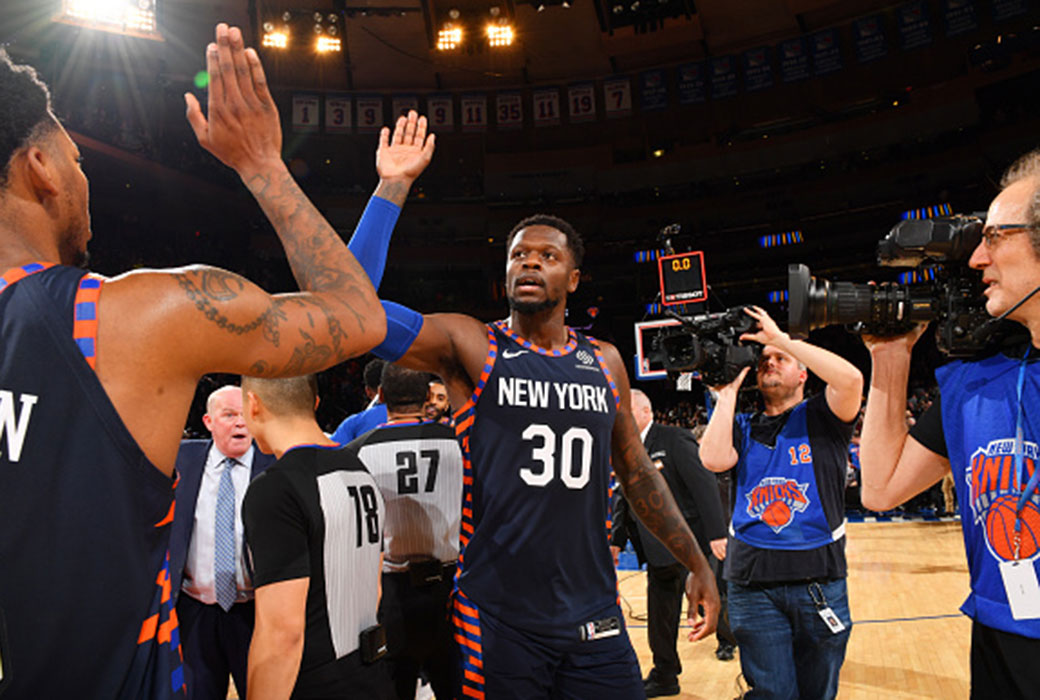 After the Boston Celtics lost to the Cleveland Cavaliers on Wednesday, 102-94, the New Yorks Knicks officially clinched its first playoff-berth since 2013 as the No.6 seed in the Eastern Conference.

The last time the Knicks made an appearance in the postseason was seven years ago during the 2012-13 season. Led by Carmelo Anthony, the Knicks faced a tough Indiana Pacers team equipped with Paul George, Roy Hibbert, and Lance Stephenson. New York went on to lose the series, 2-4.

Now, years later, a newfound sense of hope has shined over Madison Square Garden. The Knicks have proved the doubters and naysayers wrong all year, even starting the season off with a 5-3 record. Although it may be a small and easily overlook achievement, these dubs were against some powerhouse teams like the Utah Jazz, Milwaukee Bucks, and the Indiana Pacers.

Although the franchise’s success can be attributed to the entire roster, one key component has been none other than Randle. The NBA All-Star has popped off this season, averaging a career-high 24.0 points per game, as well as 5.9 assists and 10.3 rebounds. Playing alongside RJ Barrett, rookies Obi Toppin and Immanuel Quickley, and NBA vets like Derrick Rose and Taj Gibson, the Knicks have found their rhythm this season and succeeded, despite doubts.

They truly are bringing toughness back to MSG.

The New York Knicks will host the San Antonio Spurs on Thursday night at 7:30 pm.