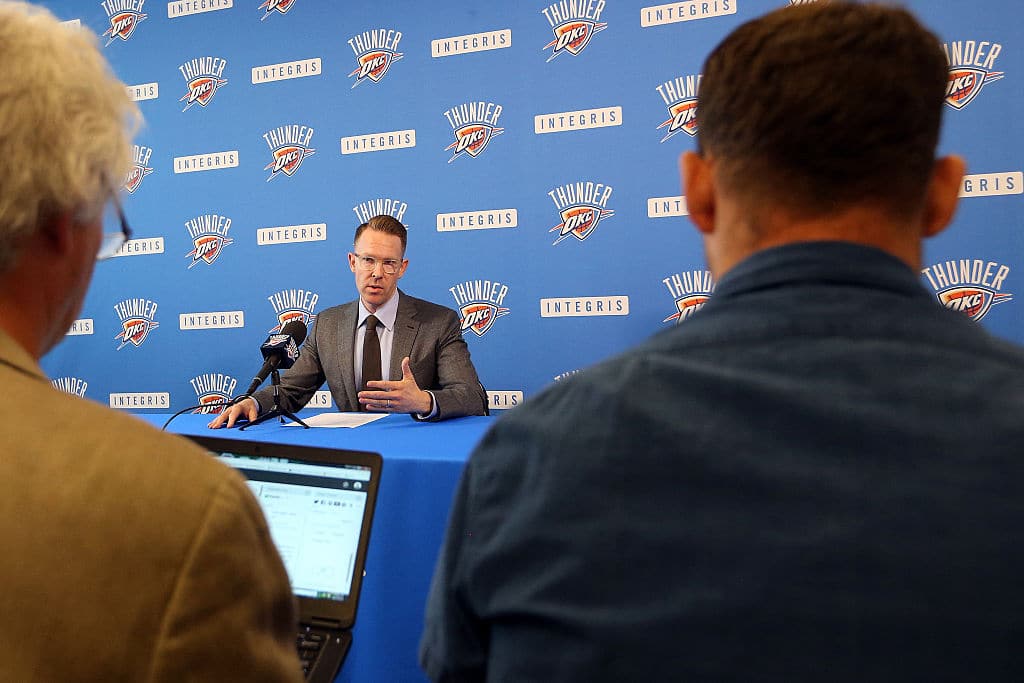 Oklahoma City Thunder general manager Sam Presti has been busy this week. The executive was forced into a last-minute rebuild and, within the span of a week, netted eight first-round draft picks, in addition to several other assets.

All told, the Thunder will have a staggering 15 first-round draft picks between 2020 and 2026. Here’s what OKC has to look forward to as they bid farewell to the Russell Westbrook Era in Oklahoma and brace for what comes next.

Edit: This table was published in July 2019 but I’ve added the first-round pick OKC acquired in the Chris Paul trade in Nov. 2020. I’ve also crossed out the 2020 first-rounder that OKC would have kept had it landed in the top 20. It landed at 21 and thus OKC lost it – @AustinKent