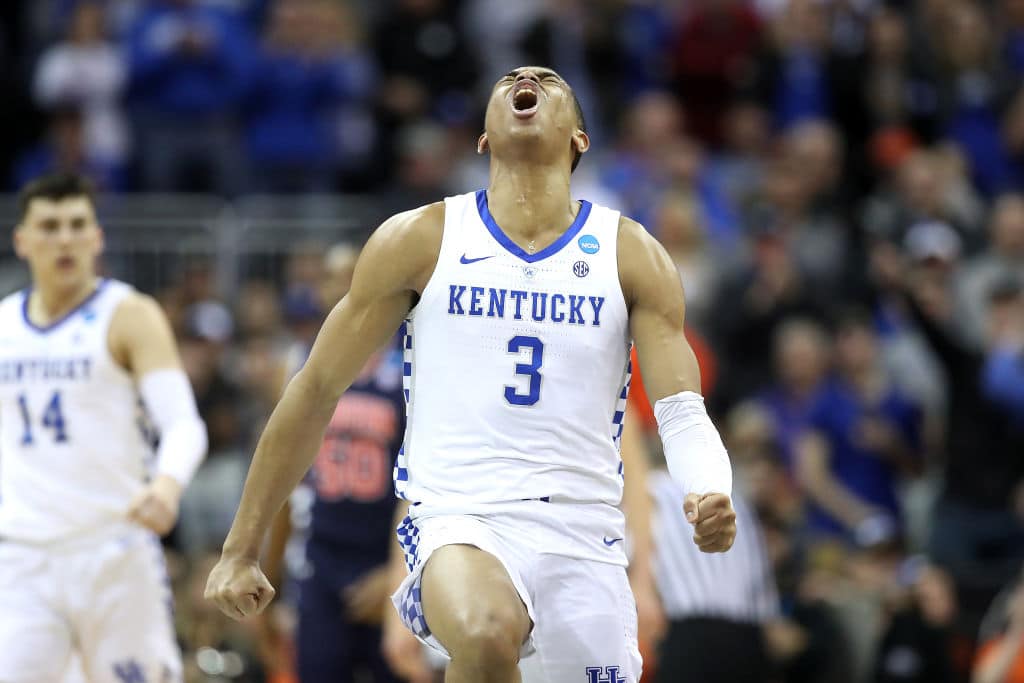 Update #2, 4:30 pm: The NBA has expanded its list of green room invites for this year’s draft. The 2019 NBA Draft will have 23, not 20, invites as we originally anticipated. Per ESPN’s Jonathan Givony, Kevin Porter Jr., Nic Claxton and Mfiondu Kabengele have since joined the 20 previously named players.

The NBA continues to progress toward a list of 20 green room invites ahead of the 2019 NBA Draft. Most recently, Jonathan Givony of ESPN reports, the league has extended offers to Georgian center Goga Bitadze, Kentucky’s Keldon Johnson and Nickeil Alexander-Walker of Virginia Tech.

Bitadze is the No. 2-ranked center on the board behind Jaxson Hayes while Johnson and Alexander-Walker are swingmen projected to land in the 15-25 range.

Of course the additions of those three players to the list of 16 players that we already know have received invites leaves one more vacancy.

Givony speculates that Bol Bol, Cam Johnson, Mfiondu Kabengele and KZ Okpala would be the most likely candidates.

Other potential fits for that last invite could be Grant Williams or Kevin Porter Jr.