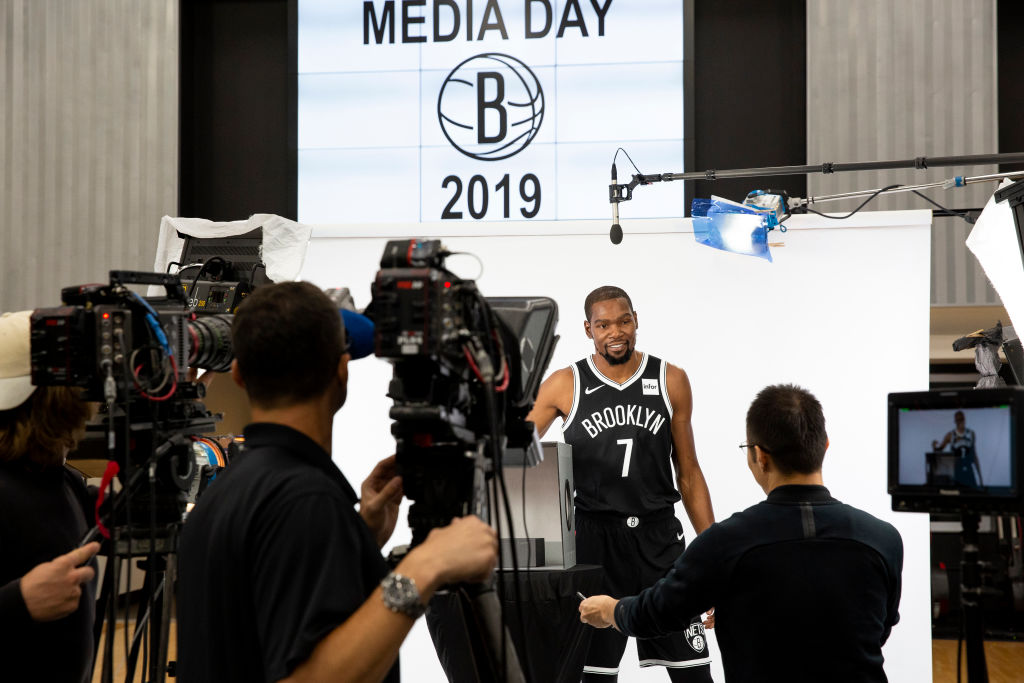 While tame compared to years past, a number of lottery picks in this offseason’s draft were involved in past trades. The two teams with the greatest odds of striking it rich in the lottery had previously agreed to part ways with the now valuable assets.

Of course the way draft pick protection works, the Warriors and Cavaliers knew that they weren’t exactly gambling their nest eggs away with heavily protected future draft assets. Not all draft pick trades are so cut and dry, however.

The Celtics, for one, could stumble into a lottery pick thanks to a trade they made back in January of 2015.

I combed through each of the Warriors, Cavaliers and Grizzlies picks that may or may not be on the move in the draft this year. We know with certainty that Golden State and Cleveland will retain their picks already but won’t find out until later tonight what happens with Memphis’.

For a reminder of what’s at stake in tonight’s 2020 NBA Draft lottery, check out our aggregate NBA mock draft.

The Brooklyn Nets jumped at the opportunity to land Kevin Durant in a sign-and-trade with the Golden State Warriors last summer, especially considering that he came packaged with a first-round pick.

That pick, however, came with unusual protections that significantly lessened its value.

The top-20 protected 2020 first-rounder would have flipped from the Warriors to the Nets this offseason had Golden State finished with one of the league’s ten-best records. Suffice it to say, that did not happen.

The myriad of injuries that derailed Golden State’s season has put the Warriors deep in the lottery. The Dubs had the worst record in the NBA this year and thus can pick no later than fifth in the 2020 NBA Draft.

Golden State picking in the top-five means that the pick will not convey to Brooklyn and will rather convert into a second-round pick in 2025.

In January, 2017, the Cleveland Cavaliers needed depth on the wing so they traded a protected 2019 first-round pick to the Atlanta Hawks for Kyle Korver. Korver, then 35, was averaging 9.5 points per game with the Hawks when the LeBron James-led Cavs acquired him.

The pick was top-10 protected in 2019 and it ultimately failed to convey given that the Cavaliers drafted fifth last year (shout out Darius Garland). The pick then converted into a top-10 protected first rounder in 2020 as negotiated in the initial trade.

At this point, the Hawks packaged the protected 2020 pick with several other assets and shipped it to the New Orleans Pelicans in order to move up to the fourth pick in last year’s draft (shout out Deandre Hunter).

Given that the Cavs once again find themselves at the bottom of the Eastern Conference in 2019-20, they sit in the No. 2 spot ahead of the 2020 NBA Draft lottery. They can only be leapfrogged by four teams, which means they’ll pick no worse than sixth and thus retain their pick.

As decided in the Korver deal, if the pick in question didn’t convey in 2019 or 2020, it would default to second-round picks in 2021 and 2022, the only difference being that the second rounders will now belong to the Pelicans and not Atlanta.

It’s 2015, Barack Obama is still in office and Zion Williamson is 14 years old. The Memphis Grizzlies, eager to capitalize on their grit-n-grind core, have agreed to a three-team trade involving the Boston Celtics and the New Orleans Pelicans.

Among the five players involved in the deal is Jeff Green, averaging 17.6 points per game for the C’s at the time of the deal. In this swap, Green would land on the Grizz, Austin Rivers would move from the Pels to the Celtics (only to be flipped to the Los Angeles Clippers), and a number of less consequential assets would change hands.

Among those assets tacked into the deal was a protected future first-round pick heading from Memphis to Boston. That pick was top-eight protected in the 2019 NBA Draft. Considering the Grizz picked at No. 2 (shoutout Ja Morant), the C’s were left to wait.

The pick automatically converted into a top-six protected pick in 2020, which means that the Celtics will finally collect so long as Memphis doesn’t move up in the lottery.

If Memphis does move up in the lottery, which they’ve got a 2.4% chance of doing, then the Grizzlies will hold onto the pick and the asset they’ll ship to Boston becomes an unprotected 2021 first-round pick.