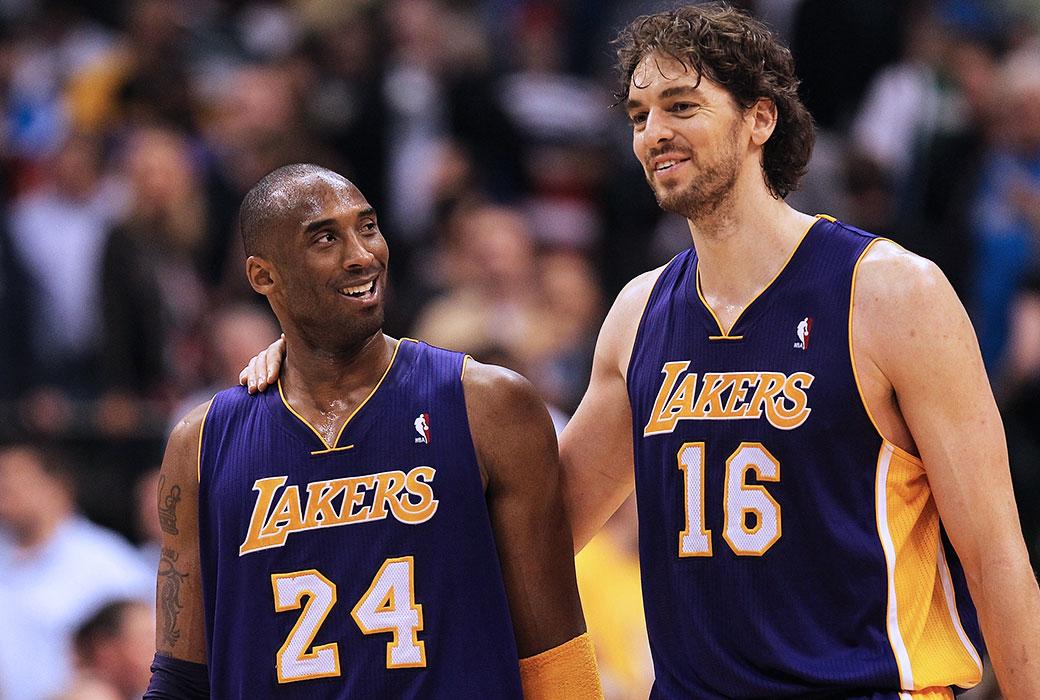 This past weekend, six-time All-Star and former Laker Pau Gasol and his wife, Catherine McDonnell, happily announced the birth of their first bundle of joy. With Vanessa Bryant‘s blessing, Gasol and his wife honored Kobe Bryant‘s family by naming their daughter after Gianna Bryant.

Gasol and Kobe won back-to-back championships with the Lakers in 2009 and 2010. Playing together from 2008-2014, it was inevitable that the pair became very close friends. So close, that Kobe named Gasol the godfather of his children.

Earlier this year, Kobe and his 13-year-old daughter Gianna, along with seven other passengers tragically passed away in a helicopter crash on January 26.

Gasol and his wife have remained close by Vanessa and her daughters’ side following Kobe’s death. The couple chose Vanessa to be their daughter’s godmother.

In a post on her private instagram, Vanessa wrote: “My goddaughter is here!!!! Congratulations @paugasol @catmcdonnell7 Love you 3 so much! So touched by your request to honor my Gigi ❤ Can’t wait to hold Elisabet Gianna Gasol.”