Report: Paul George Is ‘Gone’ After Season With Thunder 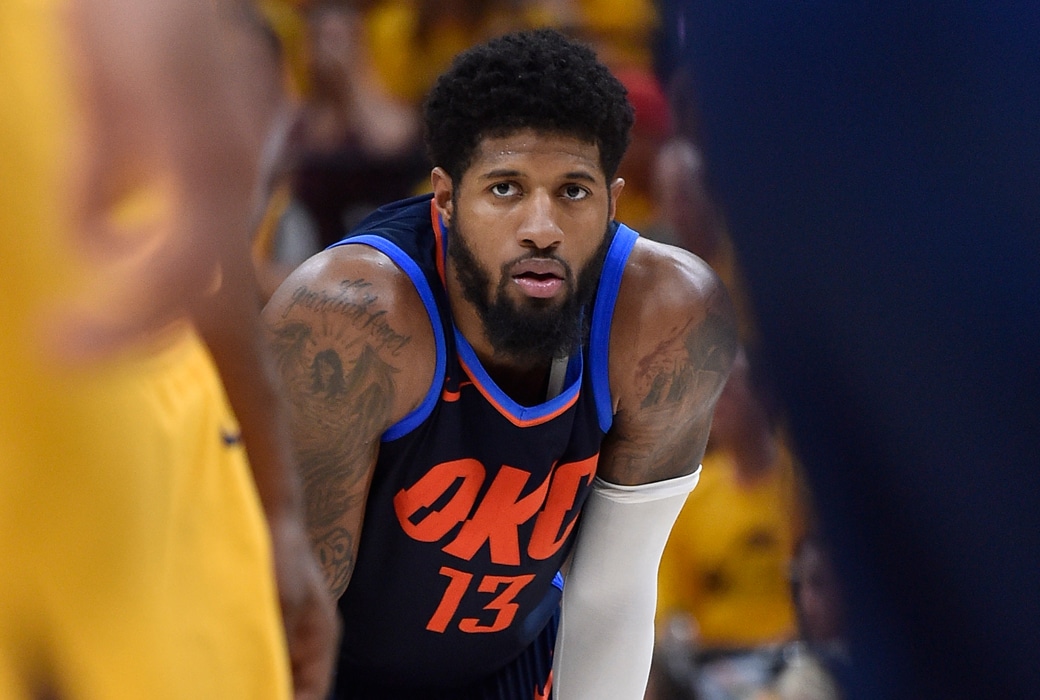 Paul George is “gone” after the Oklahoma City Thunder failed to advance past the first round of the Playoffs, according to ESPN’s Ryen Russillo.

Russillo: “Today is the first time I’ve heard from anybody that I trust that George is gone.”

I heard (ESPN reporter) Royce Young say George thinks he’s leaning toward staying. George made it seem in the press conference after Game 6 that he genuinely was torn and maybe even wanted to stay…

Russillo: “I’m skeptical of sharing it […] because all of us watching (the press conference) were like, ‘Why would you even come back to this thing?’

“I know what Royce Young said, and I saw that coverage of it. Royce is fantastic and he would know better than I because he’s there.

“But Paul George also is somebody who knows what to say. But I wouldn’t trust anything he says.”

RELATED:
George: ‘I Would Love To Remain A Thunder, But That’s What The Summer Is For’