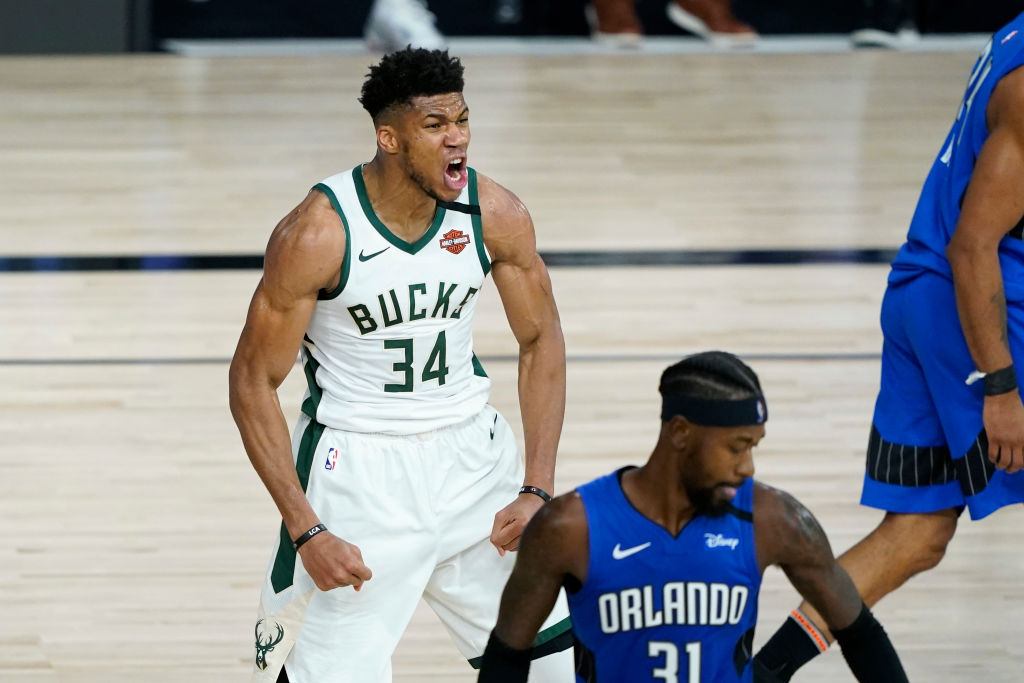 A pair of title favorite powerhouses sought and took revenge on underdogs that dared to challenge them this earlier week, restoring a much needed sense of balance into the playoff picture. Can any one stop Anthony Davis or Giannis Antetokounmpo at their most dominant?

We’ve broken down each of Tuesday’s matchups below. If you’d like to catch up on Wednesday’s games, including Dallas’ series-tying win over the Clippers click here.

The Heat rode the hot hand of Duncan Robinson to a second win over the Pacers, capitalizing on the forward’s 7-of-8 three-point shooting night to establish and then maintain a modest lead through the majority of the contest. Robinson’s 24 led the squad but the contributions of its star core helped the team clinch the commanding series lead. Bam Adebayo scored just seven points in the contest but led all players with a plus-19 rating, a testament to the versatile 23-year-old’s ability to impact the game in ways beyond the box score.

In a game where James Harden struggled from the field, the Rockets showed once again that their offense can come in many shapes and forms. Houston continued to play five-out unpunished by the Thunder. Oklahoma City kept the game tight for the first half and again at the beginning of the fourth but eventually the Rockets kept getting big buckets from a variety of options. Shai Gilgeous-Alexander led all scorers with 31 points but the effort was in vain.

The Bucks followed up a stunning loss to the Magic in Game 1 by setting the tone early in Game 2. The top seed in the East stormed out of the gates with a 20-point lead that they ultimately preserved throughout the remainder of the contest. Giannis Antetokounmpo dropped 28 and 20 in the W, becoming the second player in franchise history to do so, along with Kareem Abdul-Jabbar. Orlando shot just .348 from the field, a number that would drop significantly if you subtracted Nikola Vucevic’s 32 points in the losing effort.

Led by an especially lethal Anthony Davis, the Lakers overpowered the Blazers early in their Game 2 matchup and didn’t look back. What started bad for Portland in the first half only got worse in the second as Los Angeles pulled ahead by 30 and Damian Lillard dislocated his finger swiping for a steal attempt. Dame is expected back in action for Game 3, but the Blazers will need a lot more than just that if they want to prove that their Game 1 win wasn’t a fluke. Portland shot just 8-of-29 from beyond the arc and the short-handed squad scored just 88 points, their lowest point total of the 2019-20 season.