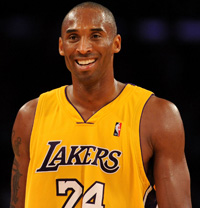 Happy Friday! Honestly, where do these weeks go? How is it almost December?  Yikes. Gotta keep this short tonight and by short I mean like 500 words or less. I’ve got the Raptors game against the Heat (Shout out to you Eboy and Cheryl!) tomorrow evening and shootarounds for both teams tomorrow morning. Game days are damn long as is and I usually only see the Raps for shootaround so it’s going to be even longer this time.

Can’t complain though. Love the Heat team and what they are doing in the early goings of this season. I’m looking forward to watching Chalmers, seeing the reaction Jermaine O’Neal gets from the fans here in Toronto who loved him so very much and also, of course, watching Dwyane from my courtside media seat for the first time.

Hornets rookies getting it done against Phoenix tonight, hey? That 110-103 victory was fun to watch. Okay, Peja’s seven threes (and 13 rebounds!) and the team’s 25 offensive rebounds certainly helped, but damn. Love seeing the rooks get some burn. Darren Collison’s huge three to nail the coffin shut on Phoenix was fantastic, especially when he all but floated to the bench, chest puffed with pride while Chris Paul was the first Hornet to bounce up off of the bench and show him some love, looking so very nice in his grey/purple suit combo.

Collison logged 32 minutes in the start, finishing with 15 points and five assists. Even more important than his numbers was the poise that he showed in understanding that he will never be able to fill the shoes Chris Paul entirely electing instead, to stand tall on his own and help lead his team to the victory.

Collinson’s fellow rook, Marcus Thornton was able to score at will, dropping in 19 points in his 20 minutes of playing time and the Hornets got the huge victory against Seve Nash’s Suns.

In the loss, Jared Dudley continued to impress for the Suns, scoring 17 points off of the bench, including five three-pointers. Nash finished with 13 points and 10 assists, Amare Stoudemire added 23 and Channing Frye had a double-double with 11 points and 10 rebounds.

The Jazz took down the Spurs, 90-83 as Deron Williams had 21 points and 10 assists, Carlos Boozer scored 18 to go with 11 boards and five assists and Paul Millsap added 20 off of the bench. Duncan scored 21 for the Spurs as George Hill scored 18 in the loss while the Spurs were without Tony Parker and Manu Ginobili.

The Lakers/Bulls game. Really, what is there to say? The Lakers are stupidly, insanely good with Pau Gasol. In his first game back this season, he didn’t need any time to adjust and the team didn’t have any hiccups trying to reacclimate him onto the court. Pau finished with 24 points and 13 boards while Kobe had a bad shooting night, finishing just 7-for-20 from the floor.

Yeah, pretty quiet night from Kobe. Just 19 points. To go along with nine rebounds and eight assists. 19 points, three more than the 16 he needed to pass Kareem Abdul-Jabbar for second all-time on the Lakers leading scorers list. J. West is the only guy to overtake, for Kobe to be at the top.

Loved that so much. Can’t believe it’s been 14 years. Can’t believe I’ve been watching for all of them. Pretty wild. The Lakers came out in the third and dominated, going up by 20 and owning the game the rest of the way through. My favorite part was in the fourth, when the camera panned to Kobe and Fisher sitting on the bench, telling jokes, laughing their faces off. After 14 years, coming in as rookies together, their journeys saw them reunited in LA for their fourth ring and the search for five.

Have a great weekend, everyone. Catch you here Monday morning.