Kemba Walker and Nic Batum had big nights, while Damian Lillard torched the Raptors for 50 points. 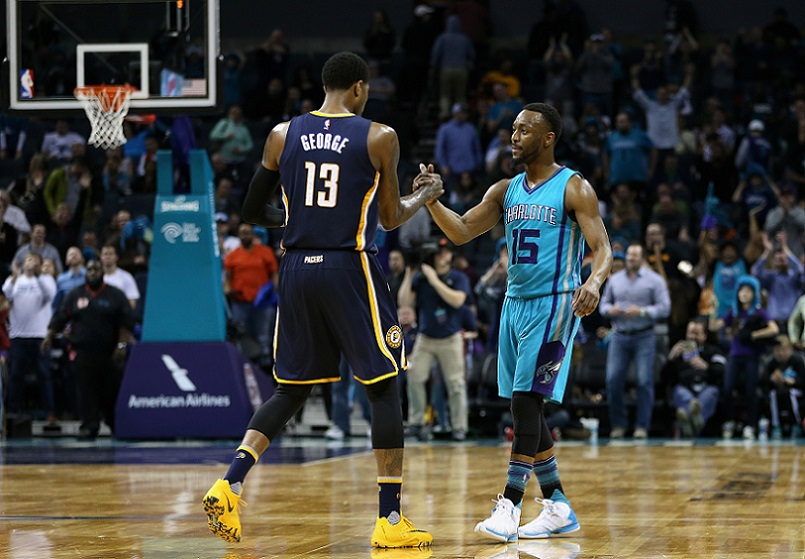 Those in attendance at the Time Warner Cable Arena were treated to a quality duel between Paul George (35 points) and Kemba Walker (33 points). Having won their third straight, the Hornets now enjoy a 1.5 game cushion in 6th place of the Eastern Conference. The Hornets are going to be tough to beat any time Walker and Nic Batum combine for 60+ points.

For a team rife with both on and off-court issues, the Nets certainly showed heart in tonight’s overtime victory, as Markel Brown’s 21 points and Bojan Bogdanovic’s 17 points guided Brooklyn to a road victory. In addition to dropping 20 points with two steals, Brook Lopez was able to seal the deal with this tip-in.

Brook Lopez tips in the game-winner!https://t.co/hPnSrCTK9S

It was Dame Time in Toronto, as Damian Lillard reached 50 points for the second time since February in a 16-for-28 barrage from the field.

The Raptors, unfortunately for Lillard, were up to the task of containing Portland, as DeMar DeRozan tallied 38 points while Kyle Lowry added 28 with six dimes. Toronto now enjoys a comfortable 4.5 game lead in second place of the Eastern Conference.

The 76ers were dominated on the boards, as Hassan Whiteside came off the bench to snatch 19 rebounds while Luol Deng secured nine of his own. Robert Covington (25 points) and Ish Smith (26 points) continued to be bright spots in a lost season, but the takeaway from this game was the return of Elton Brand. Brand, who last appeared in a game for the Hawks during the 2014-15 playoffs, is apparently not only in game shape, but capable of scoring eight points with four boards in just 13 minutes. Props to the two-time All-Star!

Here it is… Elton Brand's first basket of the season! #SixersTalk https://t.co/oGxZV3uRyV

The Magic already faced an uphill battle to grab the eighth seed of the Eastern Conference. After taking a drubbing from the underachieving Suns, it’s difficult to consider them a contender as the season winds down. Orlando coach Scott Skiles had few answers after the defeat.

“They were much more physical than us and we never did respond,” Magic coach Scott Skiles said. “Tyson (Chandler), Len, (P.J.) Tucker, Price — those guys, from a physical standpoint, dominated us. It is very disappointing. It is a game we had to have.”

From Phoenix’s standpoint, the victory will stand out as a positive moment from an otherwise forgettable 2015-16 campaign.

Victories don’t get much more difficult to swallow, as interim coach Kurt Rambis’ Knicks blew an eight-point fourth quarter lead en route to a third straight defeat. The Celtics have now won five straight, and sit in third place of the Eastern Conference.

Zach Randolph scored 25 points (including a rare trey), Mario Chalmers filled out his stat sheet, and Lance Stephenson came off the bench to add 16 in a narrow victory over Utah. Having scored just 11 second quarter points, and sporting a gaudy 9-21 road record, the Jazz barely remain afloat in a weak Northwest Division.

Khris Middleton scored 32, Jabari Parker added 16, and the Greek Freak came one rebound short of a triple-double in a lopsided win over the scuffling T’Wolves. Minnesota coach Sam Mitchell didn’t like what he saw from his young squad.

“They have to understand, every single night you’ve got to earn it, you don’t get to sleepwalk your way through 20, 25 minutes of the game and then decide you’ve got to play,” Mitchell said.

LeBron James helped the Cavs outclass John Wall and the Wizards, as King James and Kyrie Irving each stuffed their stat sheets in a game that was never particularly close. With a brutal 3-for-20 clip from downtown, the Wizards had no answers for the leaders of the Eastern Conference.

The Hawks never took their foot off the gas pedal in this rout, as a 32-18 fourth quarter capped a night of 54.4 percent shooting from the field. Kris Humphries scored an impressive 14 points with eight boards in his team debut, despite taking a forearm from Metta World Peace at one point. 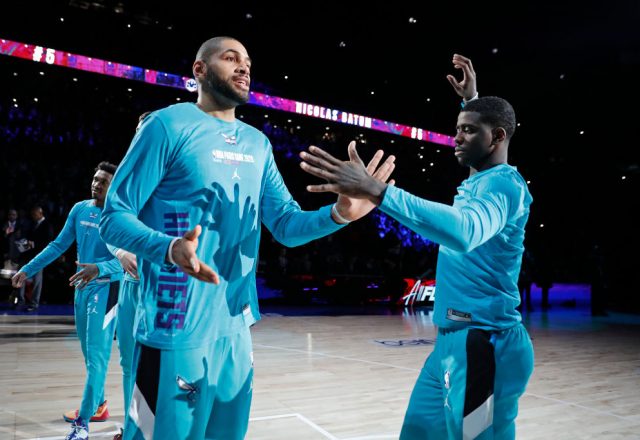