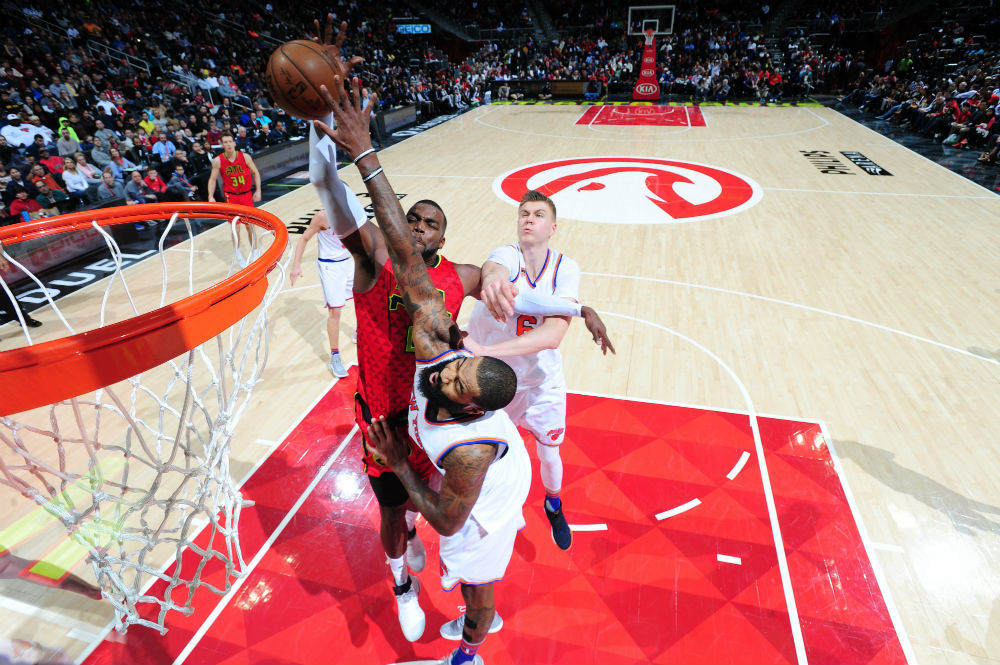 For the first time in 66 years (Jan. 23, 1951), the Knicks played in a quadruple overtime game. It seemed this one would never end, as guys hit clutch bucket after clutch bucket.

Courtney Lee drills the clutch three. We are heading to TRIPLE OVERTIME. pic.twitter.com/u5Azq3uGS3

Overall, the marathon lasted nearly four hours, with five players (including Carmelo Anthony, Kristaps Porzingis, and Dwight Howard) fouling out. Paul Millsap became just the 16th player since 1983 to log 60+ minutes, posting 37 points, 19 rebounds, and 7 assists. Melo did work before picking up his sixth foul in the second overtime, scoring 45 points. It was the first time since Nov. 2014 that Anthony dropped 40+. What a game.

Cleveland got off to a slow start in this one but came alive in the second quarter, winning the period 37-21. They never look back from there, cruising to their 32nd victory of the season. Kyrie Irving dropped 29 and had a few ridiculous moves. The King had 25, 14 boards, and 8 assists. For OKC, Russ notched his 24th triple-double of the season (20p/12r/10a) but shot poorly from the field (7/26). The Cavs have won two straight after a rough stretch.

Indiana won their third game in a row behind 33 points and 9 rebounds from Paul George, including one poster slam. It was the fourth consecutive outing that George topped the 30-point mark. Harden really struggled to get going, scoring just 15 points on 3/17 shooting and turning the ball over eight times.

John Wall did work in New Orleans, dropping 18 points and dishing out a career-high 19 assists. His backcourt mate, Bradley Beal, pitched in 27 points on 11/16 shooting. Anthony Davis had a monster game (36p/17r) for the Pels. The Wizards have won four in a row.

DeMar DeRozan returned for the Raps, but their struggles continued. Orlando shot 53% from the field and 44% from deep and snapped a three-game skid. Vucevic led the way with 25 points and 10 boards. Lowry had 33 and 8 assists. Toronto has lost six of their last seven.

Chicago bounced back from a rough week on and off the court with a 13-point victory over Philly. Jimmy got buckets (28p) and Robin Lopez had a season-high 21. D-Wade had the highlight of the game, however:

Ersan Ilyasova had a season-high 31 points for the Sixers.

This was the Seth Curry show, as the solidified starter recorded a career-high 24 points and dished out 10 assists en route to an upset, come-from-behind win. The Mavs had lost their previous 12 games in San Antonio. Kawhi Leonard had 24 to lead the Spurs.

The Blazers refused to give up in this one, fighting their way back a number of times. Stephen Curry sat out with the stomach flu, but Kevin Durant (33p/10r) and Klay Thompson (27p/6r) proved too much to overcome. CJ McCollum posted 25 points for Portland, and made the defense look silly on this play: