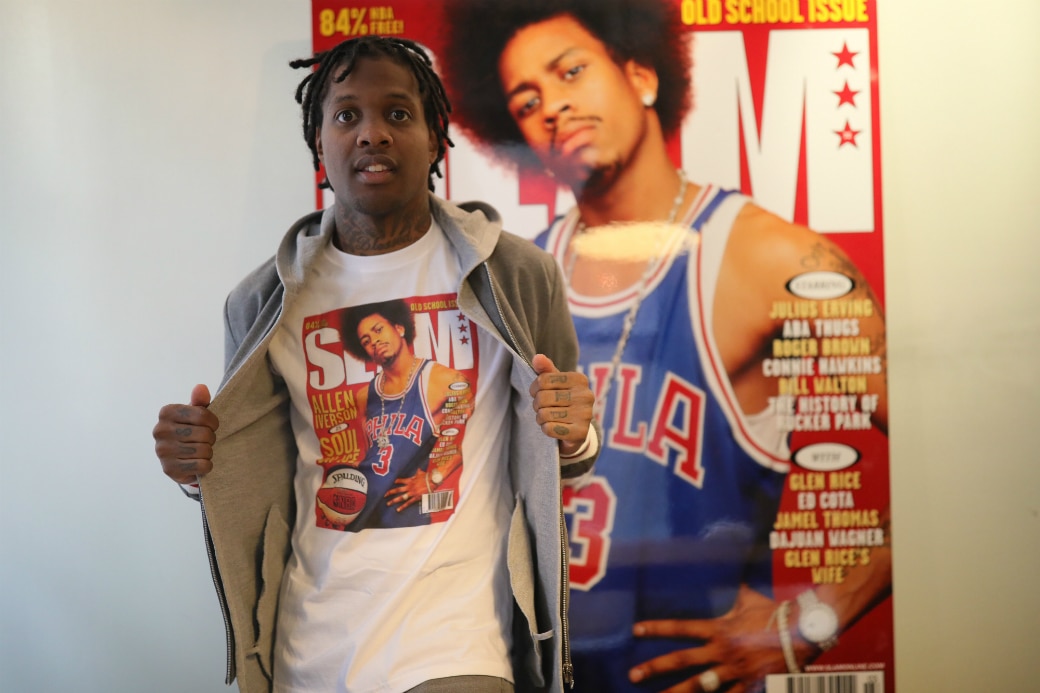 Chicago-born artist Lil Durk dropped by the SLAM offices this week to discuss which rappers can ball, which ballers can rap, the inspiration for his latest album (Just Cause Y’all Waited), and more:

SLAM: What’s your background with basketball? When did you develop a passion for the game?

Durk: Allen Iverson. Definitely the GOAT. His whole background, everything – I related to it. So definitely AI.

SLAM: Which rapper is the best hooper?

SLAM: Which NBA player is the best rapper?

SLAM: What about Iman Shumpert?

Durk: He can rap too, but their styles are way different. Shout out Shump.

SLAM: We saw you put out a video challenging a bunch of rappers to play you.

Durk: I beat Bow Wow for $10,000 already. PnB Rock. Tory Lanez. Swae Lee. G Herbo. YFN Lucci. Chris Brown ain’t say nothing to me yet. We just making it a fun thing. All the hoopers who say they got skills – you got to show it.

SLAM: Which of those guys has the best jump shot?

Durk: Quavo was in there too. I got to give it to Quavo.

SLAM: Coming from Chicago, do you have a favorite Jordan memory?

Durk: When the Bulls won a championship in 1998. The whole city was going crazy. And I’m young, I ain’t know what was going on. I’m like, damn the city just going up.

SLAM: What was the inspiration for your latest album?

Durk: It was just like the new and improved Durk. Just dropping that new energy, leaving Def Jam [and not] being held back. Fans been wanting to see what’s going on. So that was like the first project. It’s the new me.

SLAM: What’s in the works now?

SLAM: Is there one rapper or artist you haven’t gotten the chance to collab with that you really want to?

Durk: It was Future, but I got a lot going on with him. So Drake.

SLAM: Is there any chance you collab with an NBA player on a song?

Durk: Definitely, man. That’s what it’s about. Being creative and opening new doors.

SLAM: Give us some quick NBA predictions. Who you got for Rookie of the Year?

Durk: I’m gonna say [Kyle] Kuzma. He’s been killing. He’s been holding up his team a lot too.

Durk: I’m gonna give it to James Harden. That boy been going crazy. He is leading a lot this year too.