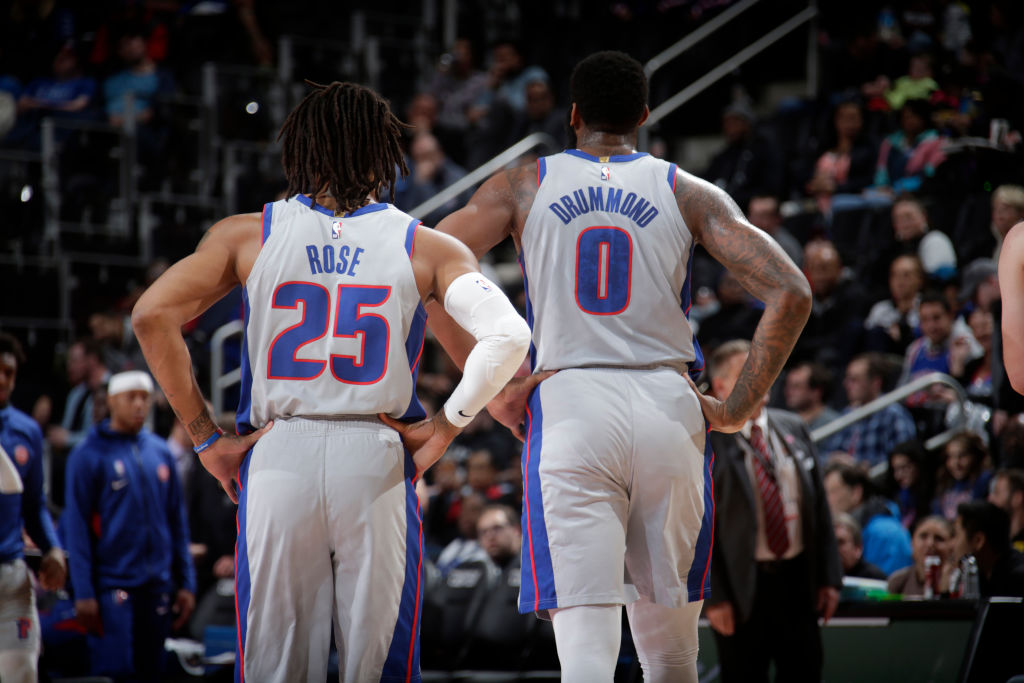 It’s been nearly a month since news broke that the Detroit Pistons were in talks with the Atlanta Hawks to move Andre Drummond, signalling a rebuild that the leaders of the franchise have delayed as long as possible.

Four weeks later, the Pistons have stood pat on Drummond, reportedly unable to land the assets they hoped to acquire in exchange for their two-time All-Star on an expiring contract.

The lack of movement doesn’t mean that Detroit isn’t still interested in hitting the reset button on a roster frozen in mediocrity. In fact, The Athletic’s James Edwards writes specifically that the Pistons are still interested in that long-awaited rebuild. That may sound benign but its a notable confirmation during the Tom Gores Era.

With the takeaway of the fizzling of the Drummond-to-Atlanta talks that the Hawks were unwilling to part with a first-round pick that Detroit sought, we’ve gotten a better sense of the big man’s value – or lack thereof – given that there’s no guarantee he remains with any squad that acquires him when he turns down his player option this summer.

The general idea for a Hawks trade was that the Pistons would send Drummond to Georgia in exchange for one of Atlanta’s substantial expiring contracts and a first (most likely the top-14 protected pick from Brooklyn).

Complicating matters is that the Hawks have already dealt one of their expiring contracts that would have to have been Detroit-bound in order to make the money work; Allen Crabbe went to Minnesota in the Jeff Teague deal.

As Drummond speculation slowed, however, attention shifted to another intriguing Motown commodity; Derrick Rose. Rose has enjoyed a brilliant 2019-20 campaign, proving that his bounce back performance with the Wolves last season was no fluke.

Rose has averaged 18.5 points and 5.9 assists per game in an abbreviated workload with Detroit this season and has been every bit the passionate competitor his supporters saw early in his Chicago playing days.

An immediate thought for any trade deadline prognosticator is that the former MVP on a bargain two-year contract should be on any contenders’ shopping list but he won’t come cheap.

The Athletic’s Shams Charania reports that the asking price for Rose is another first-round pick. Unlike in Drummond’s case, where the team seemed intent on taking back any first, Detroit is only interested in a lottery level first for Rose.

That’s an ambitious goal for a 31-year-old free agent addition with a history of injuries but Rose’s situation is uncommon if not unprecedented.

Edwards, in his own piece about Detroit’s deadline trade pieces, writes that the team would additionally be open to acquiring an intriguing young prospect.

Earlier this month I wrote about a Yahoo Sports report that the Los Angeles Lakers and Philadelphia 76ers were interested in Rose but neither have lottery level firsts that would satisfy the Pistons. The former does, however, have a semi-available Kyle Kuzma and the Sixers have a trove of variously interesting assets depending on what they’d be willing to part with.

With six days left before the deadline, expect the Pistons to be active on the phones. They may end up needing to settle for less than they hoped in a Drummond deal or sitting on a Rose deal altogether but whatever they decide, they’ll be inching closer to the rebuild they’ve set their sights for.

After years of action and unwelcomed consequences during Stan Van Gundy’s tenure as general manager, Ed Stefanski and Arn Tellem haven’t been afraid to be patient in the past.