Report: Dwane Casey Agrees to Five-Year Deal To Become Coach of the Pistons 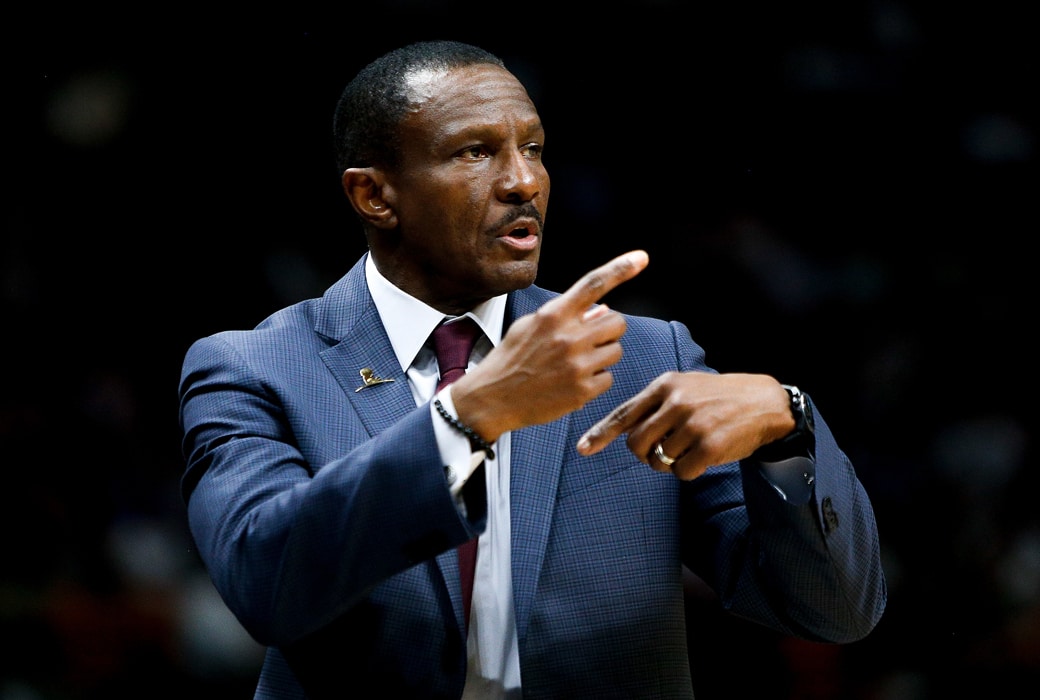 Dwane Casey has agreed to a five-year deal to become the next head coach of the Detroit Pistons, according to ESPN‘s Adrian Wojnarowski:

Dwane Casey has reached an agreement on a 5-year deal to become the next coach of the Detroit Pistons, league sources tell ESPN.

Casey was fired by the Raptors a month ago despite leading the team to a franchise-best 59 wins this past regular season. In seven years with the organization, Casey posted an overall record of 320-238.

Detroit parted ways with Stan Van Gundy — as both coach and president of basketball operations — around the same time that Casey was let go by Toronto. Despite acquiring All-Star Blake Griffin at the 2018 trade deadline, the Pistons finished 39-43.

RELATED
Report: Raptors To Explore All Options On Trade Market This Offseason