Report: Mavericks Optimistic That They Can Reconcile with Dennis Smith Jr 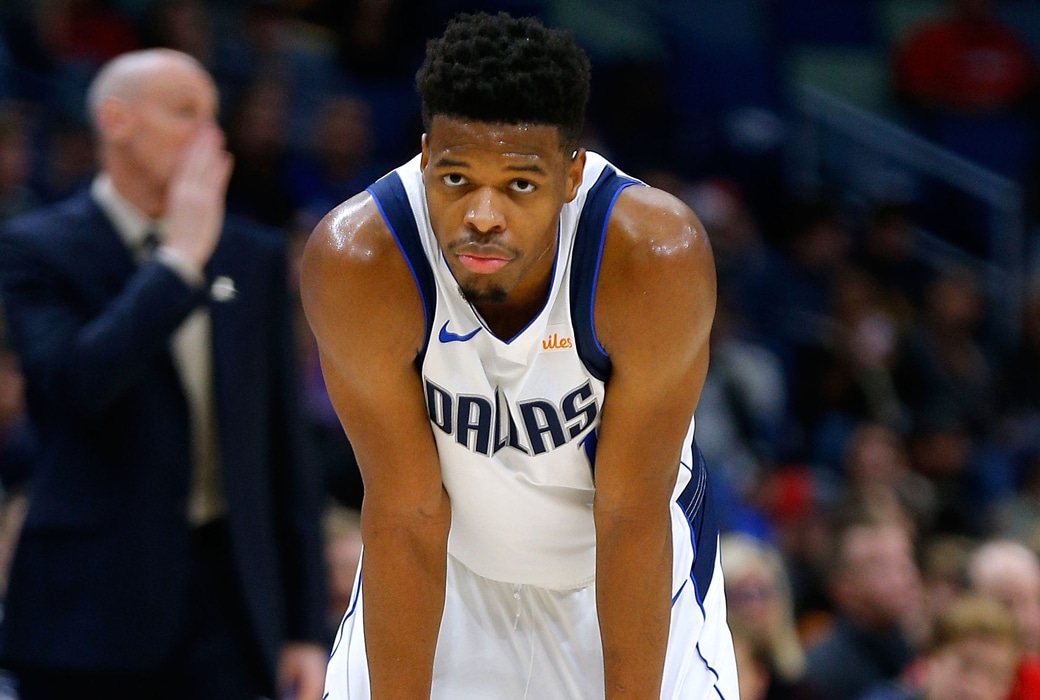 The Dallas Mavericks are optimistic that they can reconcile with point guard Dennis Smith Jr and insist that they won’t trade him unless they get good value back, according to ESPN‘s Tim MacMahon:

The Mavs have shopped Smith, 21, throughout the season but haven’t received any offers that have tempted them to pull the trigger on trading a player who the Dallas front office still believes has potential to develop into a star, sources said.

“Plan A is still to fix this,” a team source told ESPN.

Smith has reportedly expressed frustration over his role this season:

Smith has recently expressed that he hopes to be traded, and he is frustrated with his role as Rookie of the Year front-runner Luka Doncic has seized the reins of the offense and has had friction with coach Rick Carlisle, sources said.

Several team sources downplayed the friction between Smith and Carlisle, characterizing it as a coach being demanding of a young player in the best interests of his development. Smith’s poor decision-making and his tendency to over-dribble have been sources of frustration for Carlisle, sources said, but such growing pains are typical for young players.