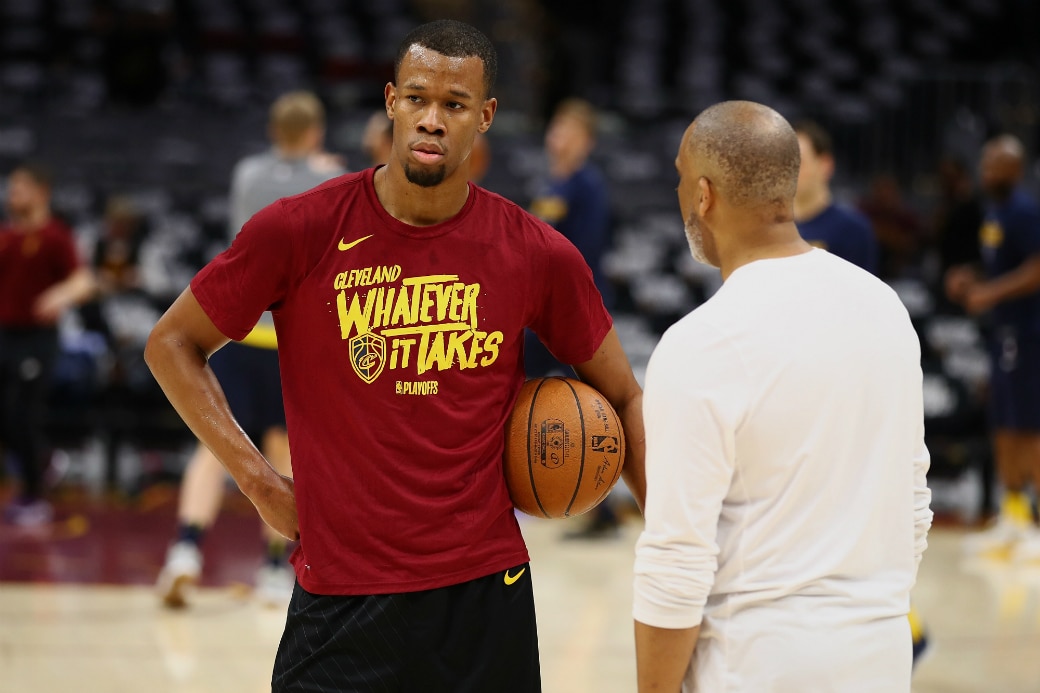 Guard Rodney Hood was the only active player on the Cavaliers’ roster that did not log any minutes in their Game 4 closeout victory over the Raptors on Monday.

But he apparently had the chance to.

According to Jason Lloyd of The Athletic, head coach Tyronn Lue called on Hood to check in for LeBron James with just under 8 minutes to play and Cleveland up by 30.

Hood, who fell out of the regular rotation during the series, refused to come in – an act that did not sit well with his teammates, per Lloyd:

“This is the playoffs,” an anonymous Cleveland player said. “We’re trying to win a championship. This isn’t about you.”

Team officials reportedly met with Hood on Tuesday to discuss the situation and he will not be disciplined, a person of anonymity told the Associated Press:

The person said Hood expressed regret for the incident and “didn’t want to be a distraction.”

RELATED
Tyronn Lue: ‘It Would Be Absurd’ if Raptors Fire Dwane Casey