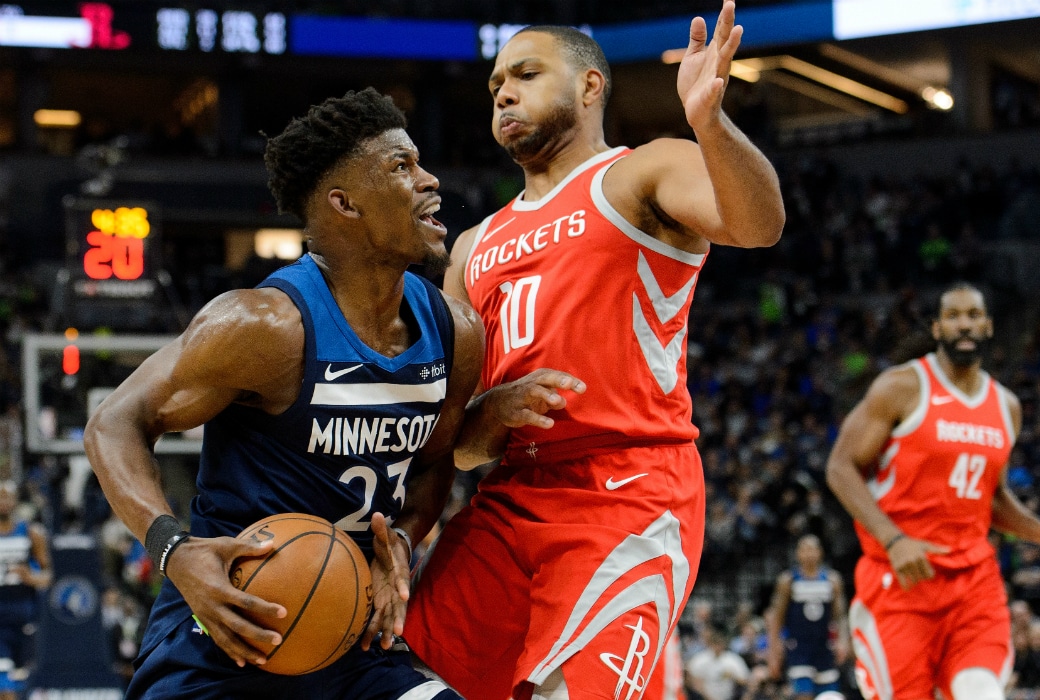 We have a new twist in the never-ending Jimmy Butler saga.

The 1-4 Houston Rockets are growing more desperate by the day to make a splash, and they have reportedly offered the Minnesota Timberwolves four first-round picks in exchange for Butler.

Alas, Thibs and the Wolves are still not biting, as they require Eric Gordon to be involved in any deal with Butler, according to ESPN’s Malika Andrews and Adrian Wojnarowski:

Houston has offered four future first-round picks to Minnesota, but that package doesn’t include guard Eric Gordon, who’d be mandatory for Minnesota in any proposed deal, league sources said. Thibodeau wants a maximum return on players able to help Minnesota get back to the playoffs.

Taylor has tasked general manager Scott Layden with the focus of finding a trade, as Thibodeau concentrates on coaching the team. Miami and Philadelphia remain teams interested in potential deals for Butler, and Taylor has hoped that those teams would become more aggressive in their offers to pry Butler, league sources said.