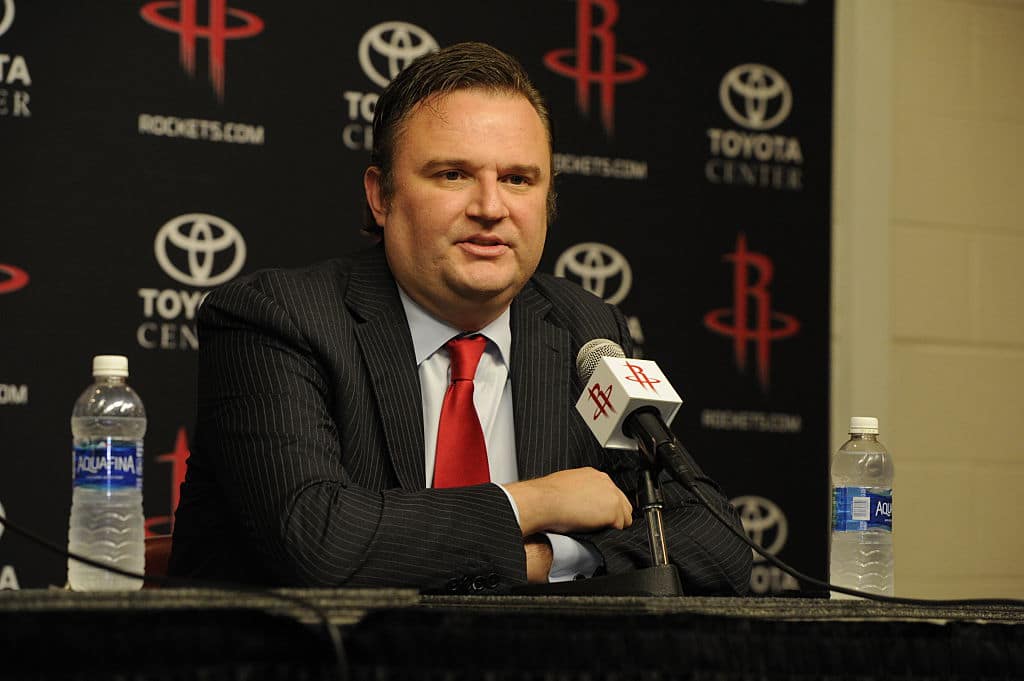 Houston Rockets general manager Daryl Morey‘s since-deleted tweet in support of pro-democracy protesters in Hong Kong landed him in some very hot water with the Chinese government, team sponsors, and reportedly, his employer.

“I have the best general manager in the league,” Fertitta said. “Everything is fine with Daryl and me. We got a huge backlash, and I wanted to make clear that the organization has no political position. We’re here to play basketball and not to offend anybody.”

Morey wrote that he “did not intend” to cause any offense to fans and friends in China.

Morey tweeted an image that read “Fight for Freedom. Stand with Hong Kong.” referring to the four-month-old protests in the semi-autonomous Chinese territory.

The Chinese Basketball Association said Sunday on its official Twitter-like Weibo account that Daryl Morey had made “improper remarks regarding Hong Kong” to which it expressed its “strong opposition.”

That underscores Beijing’s extreme sensitivity about foreign attitudes toward the ongoing protests in the semi-autonomous territory that have lately grown in violence. China accuses foreign parties in the U.S. and elsewhere of encouraging the demonstrations.

A short time after Morey posted that statement, the NBA said it was “regrettable” that the deleted tweet offended many in China. And all that followed several companies in China, including some of the NBA’s major business partners there, lashing out over Morey’s original tweet.