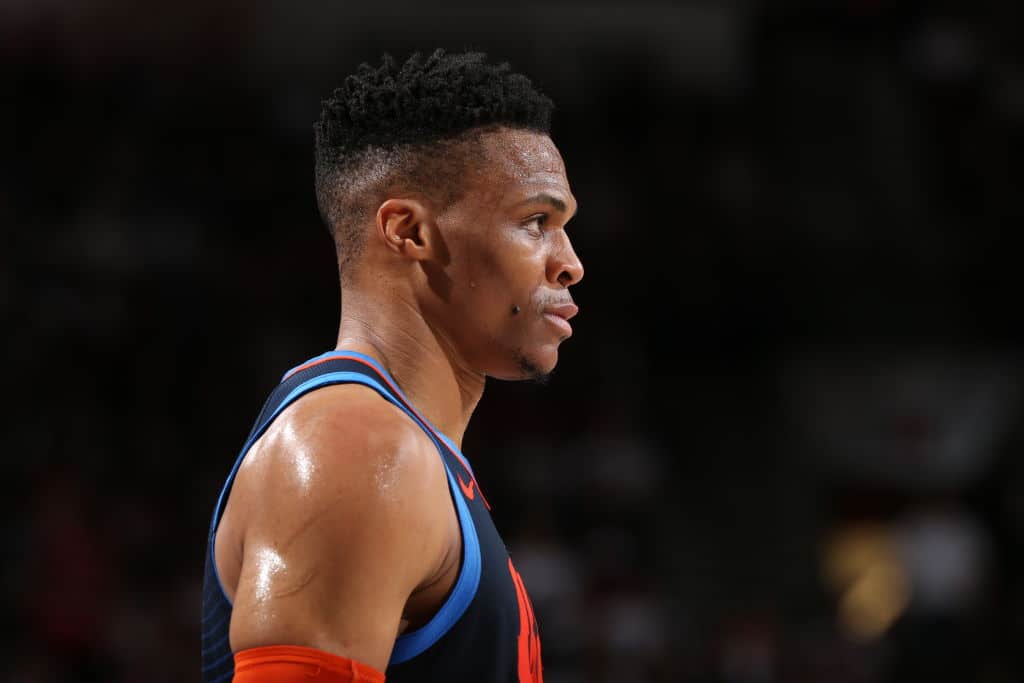 Oklahoma City guard Russell Westbrook is engaged with Thunder general manager Sam Presti to discuss his future with the organization, Adrian Wojnarowski of ESPN reports. That could include a potential trade as early as this summer.

The conversation is perhaps a natural next step after the Thunder moved a substantial building block in Paul George over night. The draft haul that Oklahoma City yielded was a respectable one, but one that signaled a stark change in direction.

Wojnarowski writes that the Thunder could still scramble to build a contender around Westbrook and big man Steven Adams but that such a scenario would be unlikely.

If the Thunder were to move Westbrook their options would be limited. While Westbrook’s name and accolades are first-class, the $170 million owed to him over the next few years make him somewhat cost prohibitive for a team that isn’t ready to go all in.

One team that could be interested in potentially making a play for Westbrook is the Miami Heat. Barry Jackson of the Miami Herald reports that the organization absolutely likes Westbrook.

Although there’s nothing substantive saying that they’re working on assembling a potential package, they could certainly make the money work. The question is if they could include enough prospective assets to convince the Thunder to go full rebuild.