The Nets guard continues his busy offseason this weekend with the opening of The Juice Lab in White Plains, NY. 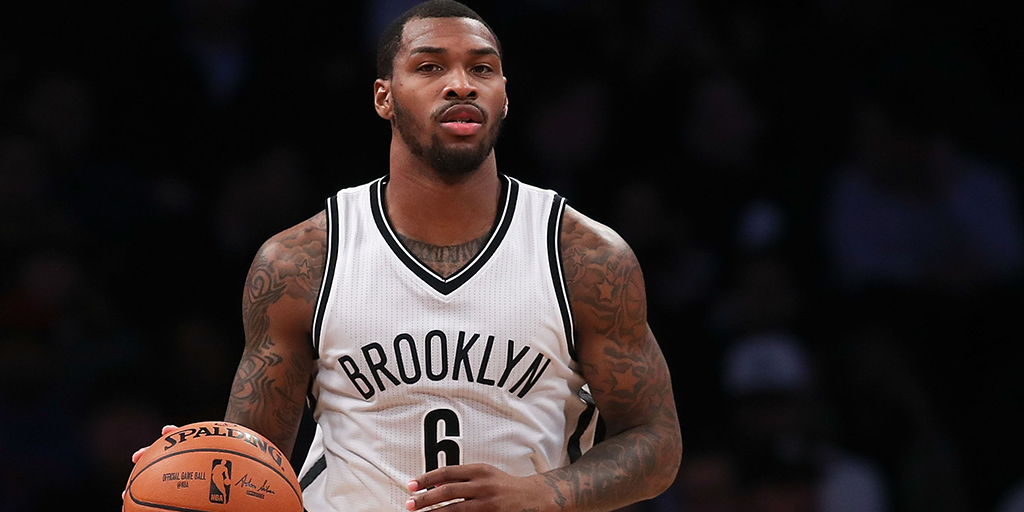 Nets guard Sean Kilpatrick has one of the more interesting stories of any player in the NBA. The New York native was a college star at Cincinnati, averaging over 20 points per game in his senior year and was a consensus second-team All-American.

However, he went undrafted in 2014 and bounced around to multiple G-League and summer league teams before first getting a NBA chance with the Timberwolves. He also spent some time with the Nuggets before signing with his hometown Nets at the end of the 2015-16 season. He has since blossomed with Brooklyn and figures to play a prominent role in the Nets’ busy backcourt this upcoming season.

Kilpatrick is also a bit of an entrepreneur and the juice shop, The Juice Lab, he’s starting with family and friends is opening up this Saturday, August 12 in White Plains, NY. The 27-year-old is from nearby Yonkers, but went to White Plains High School before doing a prep year at Notre Dame Prep (MA), so the Lab is right in his backyard. It’s also not too far from the Barclays Center, his full-time place of employment.

We talked to Kilpatrick about his business venture, what it has been like to work out with Kevin Durant and Steve Nash this summer and what his expectations for the new-look Nets are.

SLAM: Was The Juice Lab something you’ve been thinking about for awhile?

Sean Kilpatrick: I’ve always wanted to open up my own business. I think every player should consider it. It started last year when I was talking to [Nets general manager] Sean Marks, and he was talking to me about transforming my body. We talked about how everything in the future was going to depend on how my own body was going to change. It’s a tremendous way to ensure that I’m getting all the right stuff in my body, and a way to help myself as well as my community.

SLAM: How involved are you going to be in The Juice Lab during the season?

SK: My dad and two of my best friends are going to be running the place while I’m not there. I ended up putting everything in their hands to keep it within the family since they’re people I can trust…It also makes things easier that my dad has 10 years of experience in the restaurant business, which is really helpful.

SLAM: Your teammate Trevor Booker has had a lot of success in business. Have you asked him for any advice?

SK: I haven’t spoken to him much about it but he has a lot of stuff going on, so I’ll be able to pick his brain a little when we’re both back in Brooklyn. Once everything is settled and I get to see him, I’ll be able to ask him about operating a business.

SLAM: Are there any Nets guys who are going to be at the grand opening on Saturday?

SLAM: You’ve been working out with Steve Nash and Kevin Durant this offseason. How cool has it been to spend time with those guys?

SK: It’s been great, having Kevin Durant as one of my mentors. It makes the process that much more enjoyable, just being able to pick his and Steve Nash’s brains. For someone who was one of the best point guards in the game, it speaks a lot to the type of culture basketball creates. It also says a lot about Kevin Durant because everyday, he’s making sure he’s working with the greats. You can always figure out ways to help improve your game [when you’re] with him.

SLAM: How did those workouts come about? Were they something you guys discussed during the season?

SK: We’ve been talking about it a lot, especially with our assistant coach, Adam Harrington, who’s a mentor as well. He actually connected us a year ago and ever since then, the sky’s been the limit as for me and Kevin’s relationship. The fact that I’ve been going through this whole process and journey, he can relate to my grind and the effort I put in on the court. He said that if you want to have an impact, make sure you come out to California when I call. The next week after he called, I was out there. For the past couple of days, it’s been crazy. With his work ethic, you can sit there and see why he’s the NBA Finals MVP.

SLAM: You were one of the Nets’ most important players last season and now, for the first time in your career, have a solid role with a team. Was your offseason different because of that stability?

SK: I approached the offseason the same way. I’m always trying to get better and, as a team, make sure we’re trying to win. It’s not just going to take us talking about it to happen, though, we need to put the work in. I’ve been preparing myself for this situation and now I’m just trying to take it up a notch. That’s one of the things Kevin has helped me with.

SLAM: Is there one specific aspect of your game you wanted to improve on this offseason?

SK: Mostly my pick-and-roll passes, and shooting. You can never stop shooting, that’s one of the first things you’re going to do when you’re working out with Kevin. Also, just seeing the floor better. I’m a playmaker in this League and that’s something that’s really important for me.

SLAM: It was an eventful summer for the Nets. Did you guys as a team expect for there to be so many new faces brought in?

SK: As a player in this League, the only thing you can control is how you do things. Every year, there are going to be some changes. The most interesting part of the NBA is that you never know who is going to end up on your team. The new guys coming in, they mesh well and we have a great relationship with those guys. Everyday, you see a different aspect of D’Angelo [Russell] or DeMarre [Carroll] in terms of their work. They fit perfectly with us.

SLAM: A few Eastern Conference teams, like the Bulls and Pacers, have started their own rebuilding processes, so has that changed the goals the Nets have for this season?

SK: The goal for us every year is to make the playoffs. But most importantly, the goal is to keep building the culture we have going on here. As long as you’re following those guidelines, and doing the little things right, who knows what can happen after that. We need to keep getting better as a unit and a team to get further in this whole thing.