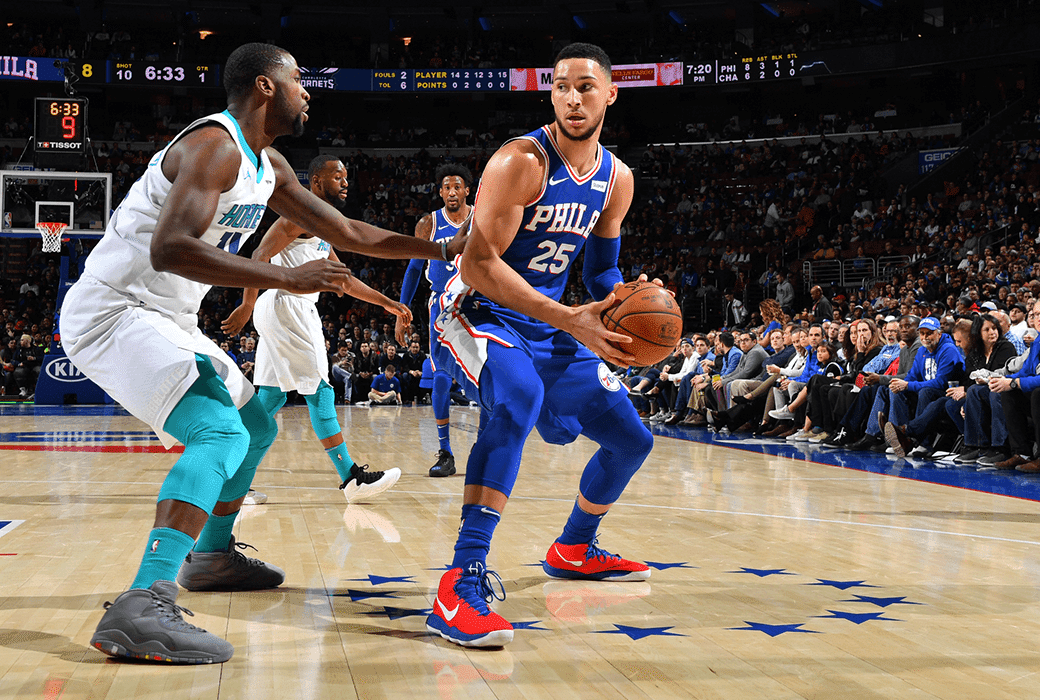 Ben Simmons continued to add cushion between himself and Magic Johnson on the rookie year triple-double leaderboard as he recorded 11 points, 12 rebounds and 15 assists against the Charlotte Hornets Monday night. The 76ers won 108-94.

The triple-double was Simmons’ ninth of the year and third of the 76ers last four contests.