Report: Sixers Attempted to Hire Away Daryl Morey from Rockets 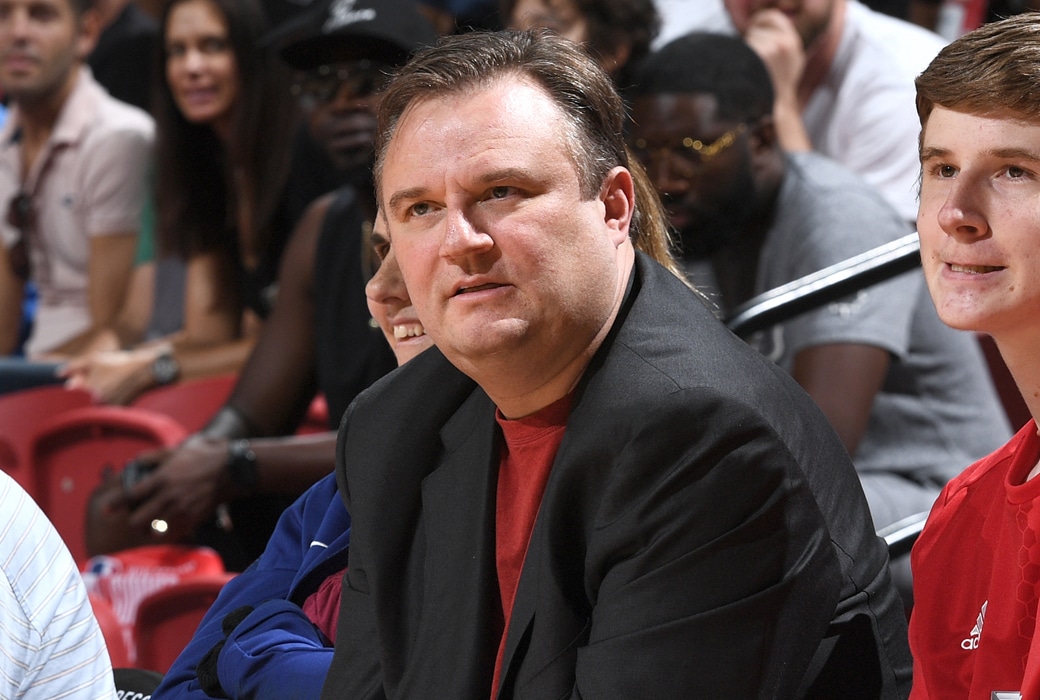 The Sixers attempted to hire away Daryl Morey from the Rockets to fill the vacant general manager position in Philadelphia, according to the NYT‘s Marc Stein.

The Rockets granted the Sixers permission to meet with Morey, but the Rockets GM opted to remain in Houston, per Stein.

The Philadelphia 76ers have been rebuffed in their attempt to hire away Houston's Daryl Morey to take over as their new general manager, @NYTSports has learned

One update to the Sixers' foiled pursuit of Daryl Morey: League sources say Philadelphia indeed sought and received permission to meet with Morey, but the Rockets' GM elected to stay where is, having built the league's consensus top threat to Golden State https://t.co/Pz3CIPx0BN