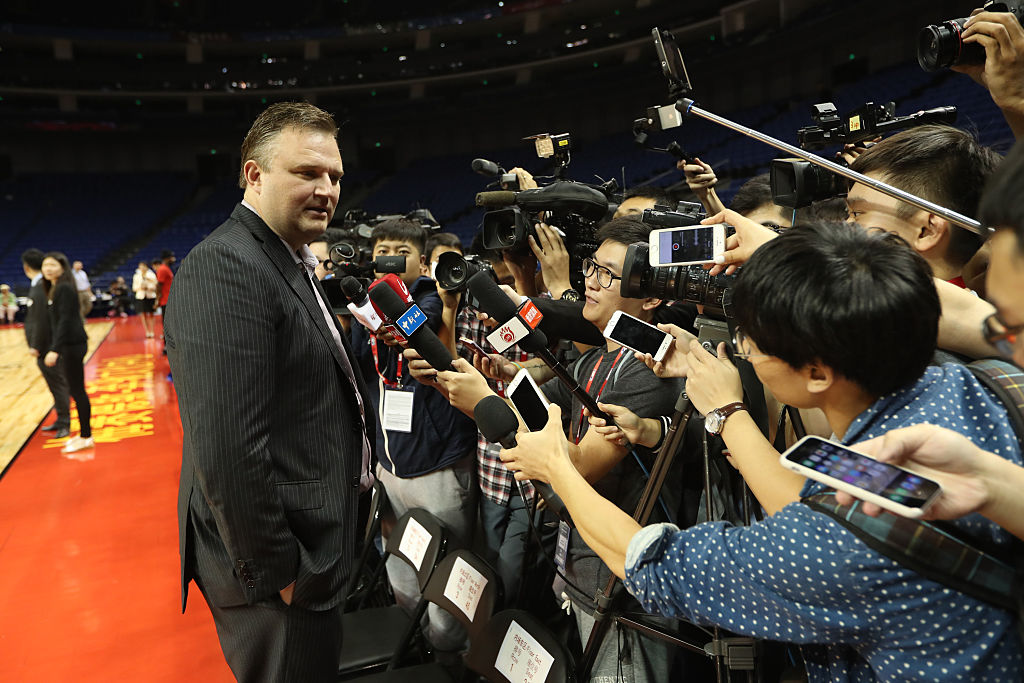 It’s been less than a month since Daryl Morey parted ways with the Houston Rockets. Now, as Tilman Fertitta predicted, he appears to be honing in on a position on the East Coast.

According to Adrian Wojnarowski of ESPN, the Philadelphia 76ers are in advanced talks to bring Morey aboard as their head of basketball operations.

Morey spent 13 years with the Rockets and was among the NBA’s earliest adopters of analytics at a widespread, Bill James-ian level. His Rockets never won a championship but the Houston franchise was competitive consistently throughout his tenure there.

Morey isn’t Philadelphia’s first executive with a nose for building teams in less-than-conventional ways. Sam Hinkie, of course, oversaw the organization through The Process before he departed in 2016.

Shams Charania of The Athletic reports that Morey’s potential new deal with the franchise would be for five seasons and could be made official as early as this weekend.