Report: Source Close to Paul George ‘Wouldn’t Be Surprised’ If He Re-Signs in OKC 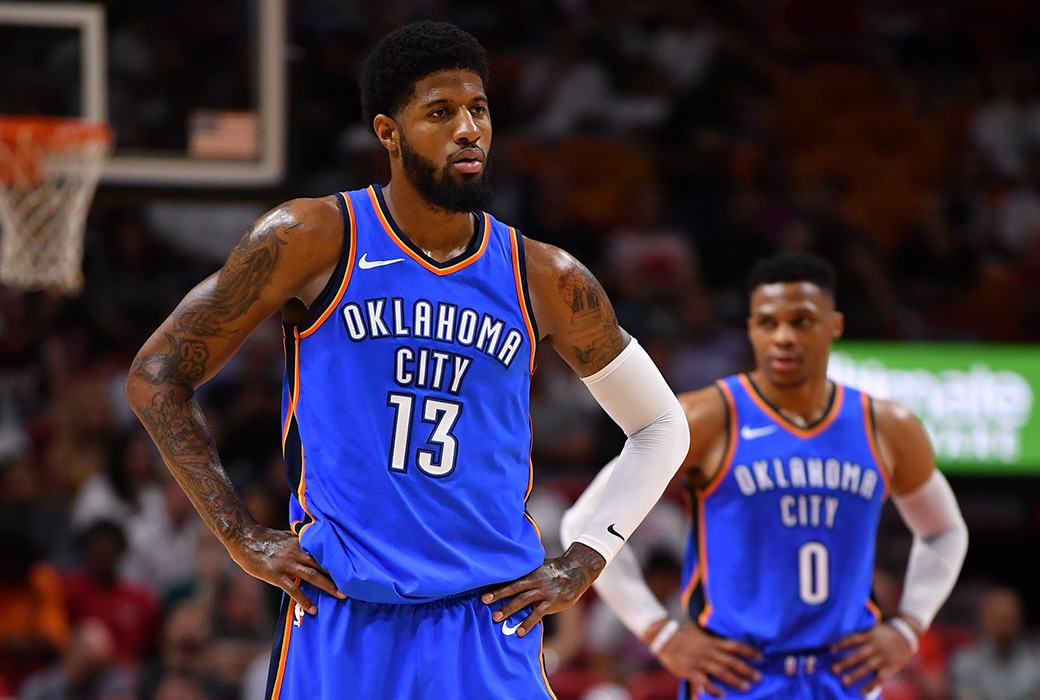 A source close to Paul George “wouldn’t be surprised” if George re-signs with the Oklahoma City Thunder this summer, reports ESPN’s Chris Haynes.

While guesting on ESPN L.A.’s Marcellus & Travis, Haynes revealed that the Thunder want to re-sign George before he meets with Magic Johnson and the Lakers.

What do you think happens with Paul George this summer?

Haynes: [Sighs] “They don’t want to hear this around this neck of the woods. I was talking with somebody recently close with Paul [George], and they were telling me that they wouldn’t be surprised if he re-signed in OKC.

“But with all that being said, he’s been wanting to get back home forever. He’s going to have his opportunity.

“Magic Johnson, he’ll give him the opportunity to talk with him and sit down. Who knows, once you get in that space…

“They’ll start probably showing these video highlights of you wearing the Purple & Gold. I can see him being persuaded.

“This is what OKC wants to do. They want to lock him up before he even gets to that point.

“Because if he gets to a presentation with the Lakers and Magic Johnson, I’d be scared for any free agent visiting the Lakers.”

RELATED:
Report: Paul George Is ‘Gone’ After Season With Thunder