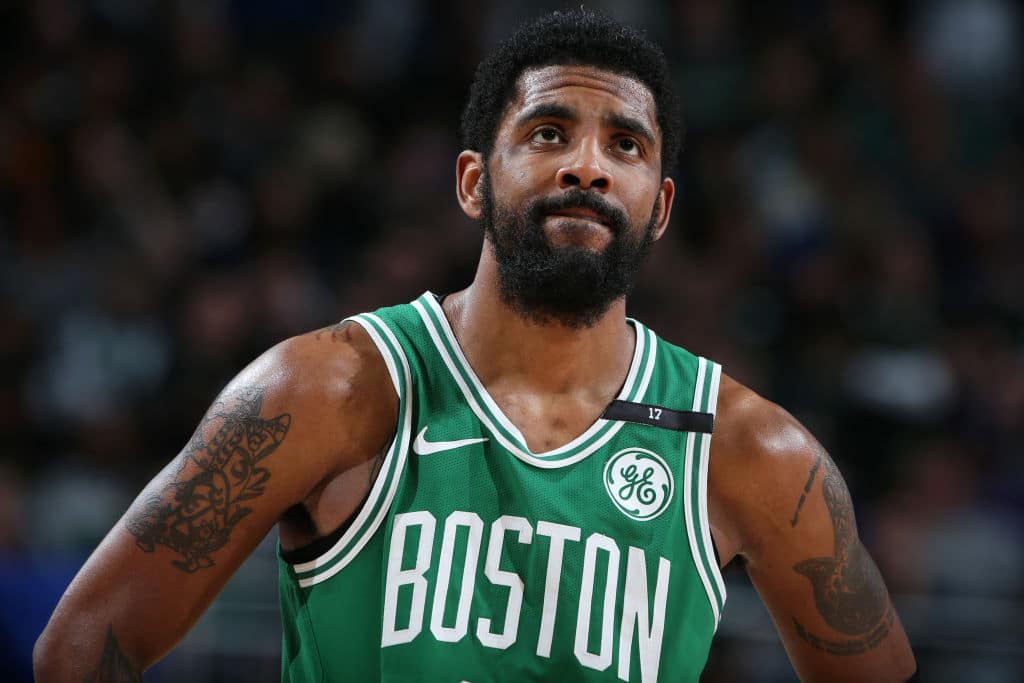 There is a “strong mutual interest” between the Brooklyn Nets and pending free agent Kyrie Irving, Adrian Wojnarowski of ESPN writes. The 27-year-old Celtics guard could receive one of the two max contracts that the team cleared room for when they found a taker for Allen Crabbe‘s contract earlier today.

The team’s dream scenario, Wojnarowski reports, would involve landing Irving and poaching Kevin Durant from the Golden State Warriors. It’s a dream scenario they share with the cross-town rival Knicks and several other franchises who have or could make room to make a big splash in free agency.

According to NBA capologist Albert Nahmad, the Nets could conceivably have room for two 30% max contracts and also have a reasonable chance of eking out the extra room required to sign one 30% max and another 35% max, which Durant would be eligible for as a ten-year veteran.

The Nets would get there by renouncing the rights to restricted free agent D’Angelo Russell and his $21 million cap hold but they could also explore the possibility of keeping Russell and simply adding one additional star to the mix, whether that be Irving or somebody else.

Related: Nets to trade Allen Crabbe, two first-round picks to Hawks for Taurean Prince
Related: Hawks have assets, flexibility to try to move up in draft

Nets speculation aside, there’s no guarantee that Irving is leaving Boston. As Jay King of The Athletic writes, the Celtics have had ongoing conversations with Irving’s camp as they barrel toward the official start of the 2019-20 season on July 1.

According to King, team general manager Danny Ainge has not heard that his point guard wants out. One of the major reasons why that may be the case is the franchise’s perceived shot of prying Anthony Davis away from the New Orleans Pelicans.

With just two weeks remaining until the 2019 NBA Draft, the Nets did well to broadcast their intentions of making a major splash in free agency.