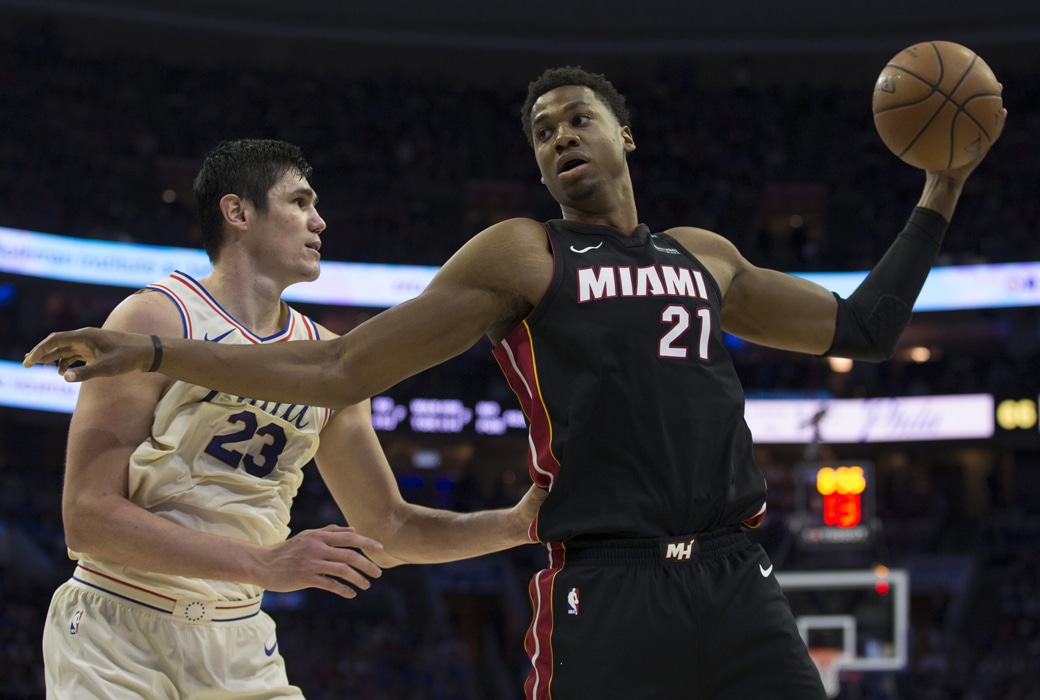 There is “strong support” to trade Hassan Whiteside within the Miami Heat organization, according to the Miami Herald‘s Barry Jackson.

Pat Riley, however, is still weighing his options with Whiteside, per Jackson.

NEW: Some information on the Heat/Whiteside situation and an interesting trade possibility worth exploring here: https://t.co/dtq5AW478R

There is strong support among numerous people inside the Heat to trade Hassan Whiteside, and the question this offseason becomes this: To what measures will Pat Riley go to dump the two years and $52 million left on his contract.

Amid his public comments that he would intervene in the Whiteside/Erik Spoelstra disconnect, Riley is now mulling what to do with Whiteside, according to someone close to the situation.