Though Chicago is written across his road uniform, Taj Gibson will always have his hometown of Brooklyn blazing in his heart.

Taj Gibson makes a living playing basketball in Chicago, but he was raised in Fort Greene, Brooklyn, and the guy is still very Brooklyn. Very, very Brooklyn. We spoke with the Bulls big man about growing up in New York City, his earliest hoops memories and plenty more.

SLAM: Where in Brooklyn did you grow up?

Taj Gibson: I grew up in Fort Greene. It was rough. Still is rough.

SLAM: That area’s changed a little over the years. Do you notice the difference when you go back now?

TG: The other side of Fort Greene Park has changed, but the projects are still the same. I’m back there every day over the summer.

SLAM: How old were you when you first started playing basketball?

TG: About 5. I saw Ed “Booger” Smith—he grew up in my neighborhood and was a streetball legend, so I was always watching him, and I just wanted to play because he was playing.

SLAM: Where’d you play back then?

TG: I just stayed outside. Mostly I would go to Marcy Projects to see my cousins—they lived in Marcy, so I would go to Marcy Projects and play all day. I had to get off the court all the time, but I fought literally every day because [older kids] would take my basketball from me. I’d have to wait outside until about 10 o’clock at night just to get my basketball. Over the years I had to just put up with it, until I was able to handle my own on the court.

SLAM: Did you learn the game from any specific family members?

SLAM: What was different about the style of ball you were familiar with and what you’d see in different boroughs?

TG: They played 21—we just played Utah. They called it differently. The way they were talking was different in different boroughs—different boroughs talk differently, and we played differently. Like if you go to Harlem, guys in Harlem think Brooklyn basketball players are different because they think we bring ruckus and we want to fight after the game. I played for the New York Gauchos, and there were many times I’d go watch games at The Rucker and they’d be playing a team from Brooklyn, and they’d be like, “Alright Brooklyn, we ain’t gonna have no drama today.” When those boroughs clashed, it was crazy. There was always tension.

SLAM: What are the rules of Utah?

TG: Utah was like a real rugged game. There were no foul calls—it was similar to 21, we just called it Utah. No foul calls. It was real physical. I just remember going outside and just playing it. I liked it. Playing that, it made me tough. 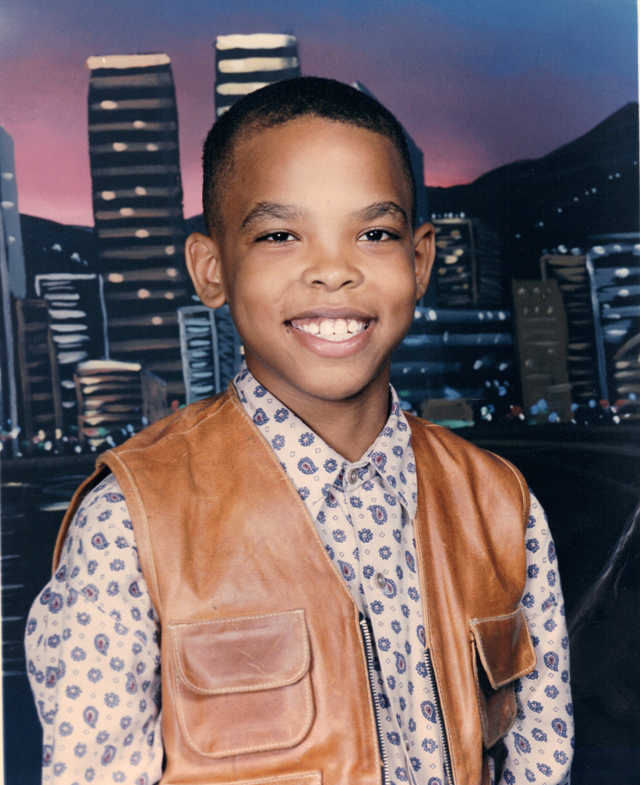 SLAM: Did you only play outside in the summer? Or all year?

TG: I played all year round. All year round. You take a shovel, scrape some stuff out the way, and just keep hooping no matter what. The majority of the time, you can’t go to a recreation center or a gym.

SLAM: You didn’t have a local rec or anything like that?

TG: Nah, just straight outside. Until I started going to the Gauchos Gym I was always outside.

SLAM: Do you think the fact that you grew up playing outside had a legitimate effect on your development?

TG: Yeah, because playing outside there were always people who came around and watched the game. You want to make the transition to play against the older guys, the legends out on the court in your neighborhood. You’ve got the hustlers, [and] everyone that’s out watching the game and seeing you play. Over the years, I always wanted to be known in my neighborhood as being one of the best basketball players. We had Bernard King, we had Omar Cook, we had Ed “Booger” Smith. We had a lot of players, but I always wanted to be known as being one of the top ones just like them.

TG: I played in a tournament called The Kingdome one year, and I had to go against a guy they called “The Franchise.” [John “The Franchise” Strickland—Ed.] I was excited because he was a streetball legend. I got the chance to go against him, and I scored one bucket and I was like, The sky is the limit! You can do it! I felt like he was God to me, because he used to dominate NBA players whenever they’d come down. I always wanted to be like him so much because he loved the game and everybody loved him—there was never negativity toward him, so I wanted to be just like him. That was one of the highlights of my career, just being able to guard him. And he wasn’t even an NBA player, just that guy who was just known. 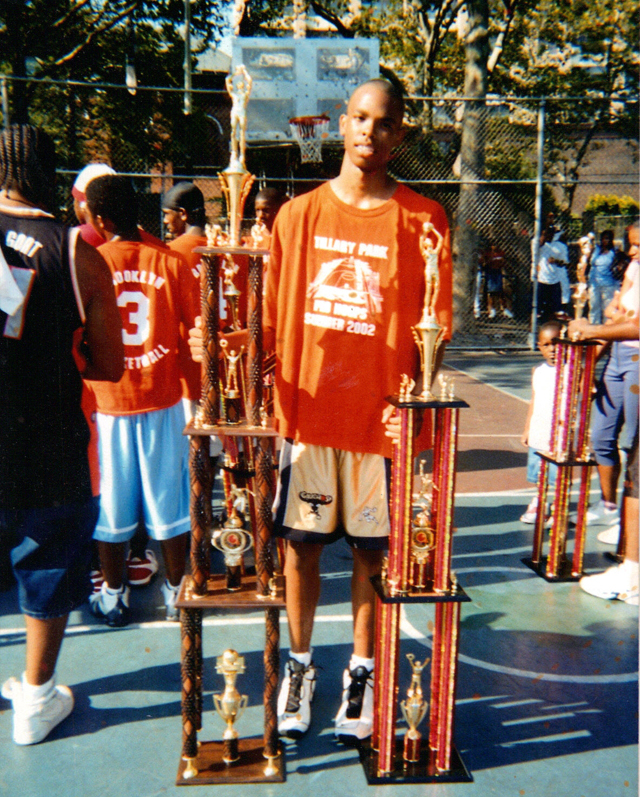 SLAM: What team did you grow up rooting for?

TG: I grew up a Knicks fan. But then, when my mom sent me to California [where he spent his final three years of high school—Ed.], I kind of became a Lakers fan, too. So it was like half and half.

SLAM: Who were your favorite players back then?

SLAM: I assume you remember the Chris Childs-Kobe Bryant fight.

TG: Yeah, I remember that. [Childs] didn’t even wait. He was one of those players who didn’t talk—he just acted. It’s funny because me and Coach Thibs, we talk about those Knicks teams all the time, because he was coaching. He was an assistant coach.

SLAM: What does Thibs tell you?

TG: He talks about how rugged they were, how they had similarities to the way we play on the floor. They just didn’t care—the odds were always against them. The year they went to the Eastern Conference Championship and the Finals, being the 8 seed and knocking off the Miami Heat, it showed anything can happen.

SLAM: This season you guys were kind of the modern NBA version of those squads.

TG: Yeah, how we just play hard, practice every day and have fun.

SLAM: Did you try to steal moves from anyone specific?

TG: I wanted to be like Charles Oakley, because when he got on the court, nobody messed with him. He just had that respect. My favorite players were Charles Oakley and PJ Brown. They just played hard and loved the game.

SLAM: Did you always have the same style of play that you have now?

TG: No, I was different. I adapted to whatever team I was on. Playing with New Yorkers in a guard-oriented league, it’s like nine times out of 10 you have all point guards on your team, so all you can really do is rebound and block shots.

TG: I loved the Rucker. I loved Dyckman Park. I loved Soul in the Hole in Brooklyn. I loved the Gauchos Gym. West 4th always stuck out to me, because people would just stop and watch you play all day. When you’re young, you want to get attention, and that’s a good way to get attention—play against the old guys in the middle of the day. The only thing is, once you lose, you gotta wait forever to get back on. But the crowd and people are great.

SLAM: Were you into any other sports?

TG: I played everything. I was mostly into BMX. One of my best friends, he would ride bikes to get cardio and to work his legs, then one day he just started doing tricks. We would go down to the Brooklyn Banks underneath the Brooklyn Bridge all the time, and hang out with the other bike riders and have fun. I still do it. I do it for my cardio and I still try to see if I can bunny-hop as high as I can.

SLAM: The area you grew up in was obviously pretty rough. How’d you stay on the right path?

TG: Just seeing young guys lose their lives over stupidness. Every day there were guys getting locked up, getting sent upstate, losing their lives. It was traumatizing. You had to find some way not to end up like that. I’m lucky to make it out.

SLAM: How often do you go back?

TG: When I’m out in New York every summer, I’m in either Marcy Projects or I’m in Fort Greene. I’m always in front of my old building. My parents still have the same old house, and we still go there and still own everything. Most of the time I live in Manhattan but sometimes I’ll spend the night in Marcy Projects, and sometimes I’ll spend the night in my old apartment in Brooklyn. People are shocked I’m still in my neighborhood. They’re like, “He love this neighborhood.” I’m still the same—nothing’s changed. I’m never gonna change.