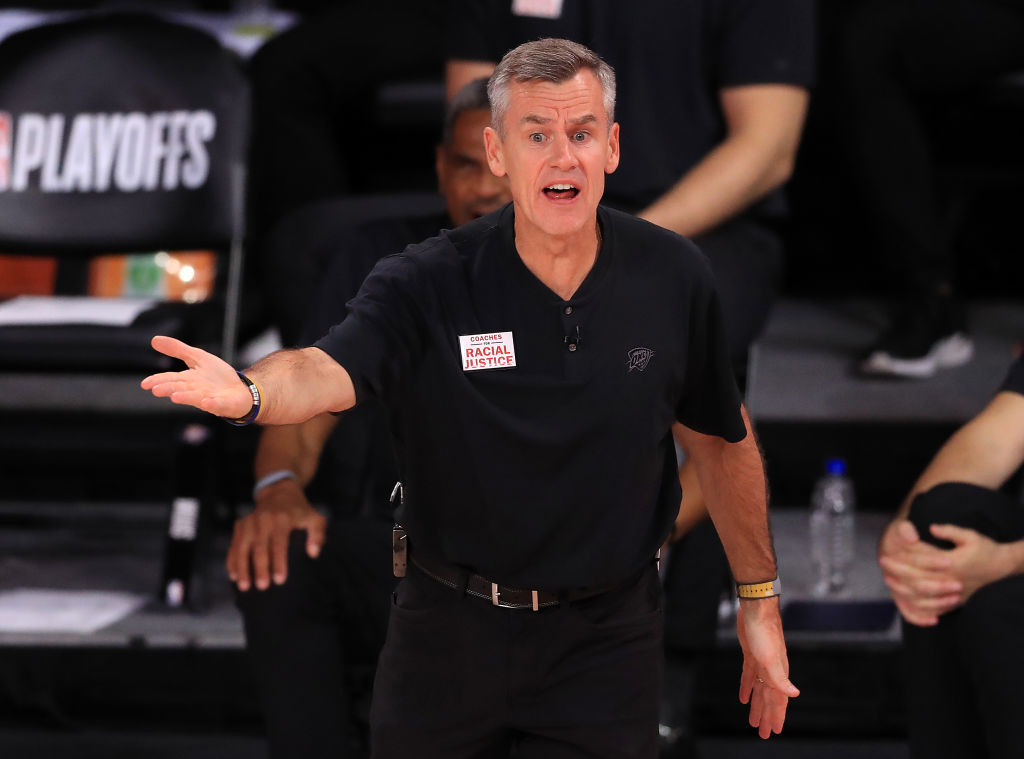 The Oklahoma City Thunder are in the market for a new head coach after mutually agreeing with head coach Billy Donovan to part ways. Donovan played an instrumental role on a surprisingly successful 2019-20 Thunder team but both parties will head in different directions.

Donovan had been at the helm of the Thunder for five seasons and transitioned the franchise from the Kevin Durant Era, through the Paul George Era and past the Russell Westbrook trade to where it remains today.

The young roster, fortified by a treasure trove of draft assets, still managed to contend in 2020, a testament to Donovan’s prowess on the sidelines and the team’s Chris Paul-led core.

It’s not clear what’s in store for Donovan, he could immediately hit the open market as one of the top head coaching candidates available to the four teams still seeking new hires. He also served as the head coach of the NCAA’s Florida Gators for 19 seasons prior to jumping to the pros.

In any event, the Thunder will need to fill the vacancy and may be looking for a program builder that can help the team navigate a full-fledged rebuild. Oklahoma City has several veterans of varying values that could be retained or moved this season, including Chris Paul and unrestricted free agent Danilo Gallinari.