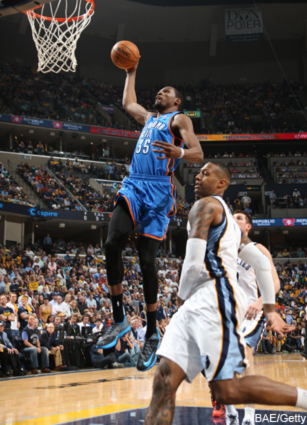 The odds were ever in Atlanta’s favor.

Entering Game 6, the Hawks were 4-1 all-time in best-of-seven series when leading 3-2 and the organization announced yesterday that it’ll go back to their old Pac-Man logo design next season. With that, Philips Arena was flooded with red Pac shirts and was as loud as it’s been all season.

But David West is a bad man and he silenced the Atlanta crowd, putting Indiana on his back to force a Game 7 back in Nap Town.

West scored 12 of his team-high 24 points (Paul George also dropped 24) in the fourth quarter, with 8 coming in the game’s final three minutes. With 2:51 left in the contest, West poked the ball from Pero Antic and calmly drained a 19-footer on the other end. Then, with the game tied at 85 and 46 ticks left on the clock, West called off all of his teammates, isolated Paul Millsap at the left elbow and drove in for a righty runner to give the Pacers a lead they would never relinquish.

The Pacers struggles have been well documented over the last few months and Roy Hibbert has received the brunt of the criticism. Needing a spark after Atlanta used a 12-0 run to take a 15-5 lead, Frank Vogel subbed Chris Copeland—the surprising catalyst for Indiana’s too-little-to-late surge in Game 5—in for Hibbert with 5:26 left in the opening frame. Hibbert wouldn’t see the court again until there was less than a minute left to play in the third quarter.

The small ball scheme worked for the Pacers, as they were able to claw back at the end of the first with a 9-0 run fittingly capped off by a Copeland triple just before the buzzer. Indy then outscored the Hawks 24-17 in the second by playing efficiently at Atlanta’s preferred pace to take a 44-39 lead into halftime. Some how it was just the first time the Pacers led at the half all series.

Indy kept at it in the second half. The Pacers even opened up a nine-point lead with 5:33 left in the period on a George bucket. But that’s when the Hawks surged back, mostly behind Jeff Teague playing like he was shot out of a cannon. Atlanta closed the frame on a 19-7 run with Teague scoring 12 of those points and adding one assist. Mike Scott also posterized Ian Mahinmi during the streak. After three, the Hawks improbably owned a 67-64 lead and the arena exploded to the point Mike Budenholzer couldn’t even hear sideline reporter Molly Sullivan during their in-between-quarters interview.

The teams quite literally battled all the way to the final buzzer, with neither leading by more than five in the fourth quarter until West’s layup with 10 seconds left. Teague finished with 29 and Millsap posted 16 points and 18 boards, but it wasn’t enough to advance the Hawks. Indiana also had Lance Stephenson score 21 points to go along with West and George putting up 20-plus.

As we read in SLAM 178’s feature story, fans searched to find Kevin Durant a nickname this season that lived up to his incredible and consistent performances. The Oklahoman’s “Mr.Unreliable” that headlined a page on the morning of Game 6 was by far the worst suggestion.

In fact, KD was more of a Mr. Reliable facing elimination last night against the Grizz than anything else. He opened the game with 14 first-quarter points, and went on to total 36 on 11-23 shooting from the field. Oh, he snagged 10 boards, a couple assists and a steal too.

KD and the Thunder hit hard right from the get go, and at the half they were up 15. Russell Westbrook contributed 25 points, 9 boards and 5 assists, and rookie Steven Adams had 5 blocks.

Despite 17 points from Marc Gasol, 16 from Zach Randolph, 13 from Tony Allen and a sell-out crowd at the FedExForum, the Grizzlies were unable to cut it close and finish off the Thunder in 6.

Late in the third quarter, Mike Conley went down with a right hamstring injury. He returned for about a minute before he left the game for good. He will get whatever treatment possible to prepare for Game 7 in OKC on Saturday night because he said he plans to play. He finished with five points, six assists, and four rebounds.

Game 6 is exactly what the Oklahoma City Thunder needed—a stellar night from superstar Kevin Durant and an overall powerful win to propel the team into a smooth Game 7 at home come Saturday night.

Game 6 is exactly what the Memphis Grizzlies didn’t need—a beat-down in front of their hopeful home crowd and an injury to their point guard that is likely to add stress in the time leading up to the final game.

Only one game remains in this wonderful series, and it’s the best kind of game there is—a Game 7 between two teams that spent the last couple of weeks battling one another, each with its 2014 Playoffs and Championship hopes on the line.

Saturday will be an evening of Game 7s, and OKC versus the Grizz is set to begin at 8 EST. Who’s ready?—Habeeba Husain

Let there be seven!

Facing elimination on their home floor, Golden State put together a gritty performance on Thursday night, squeaking out a 100-99 victory and evening out their first round series. Led by 24 points from their leader Steph Curry, the Golden State defense did a fantastic job disrupting the Clippers offense with physical and smart play. “It was just about fighting and being the most aggressive team tonight,” Curry said.

Coach Mark Jackson made a change in his starting lineup prior to Game 5, inserting young Draymond Green for savvy vet Jermaine O’Neal in an effort to slow down Clippers superstar Blake Griffin. It paid off in Game 6 as Green harassed Griffin all night, pushing him out far on the floor and making him work for everything. He finished 8-24 from the field, including a horrific 1-12 third quarter.

“For the last two years that I’ve been here, its been a battle every time we play this team and it has grown in to a rivalry,” Green said. “It’s not going to be about who can shoot the best. It’s who can rebound and have the least amount of turnovers. Whose going to battle and make those winning plays when it comes down to it?”

Center DeAndre Jordan continued his impressive series, posting 9 points and 19 rebounds but L.A. struggled to score in the paint. Despite losing Jermaine O’Neal in the second quarter due to a knee injury, the Warriors outscored the Clippers 42-24 down low.

Even though the Clippers didn’t play well, they were in the game until the final whistle. Down four with 43 seconds remaining, Paul drove to the basket and missed a layup that ended all hope. CP3 struggled in Game 6, shooting 3-10 from the floor and finishing with 9 points and 8 assists. Green ran into foul trouble in the fourth quarter and that’s when Griffin got cooking a bit but it was too late. Blake finished with 17 points and 9 rebounds—Jamal Crawford led L.A. with 19.

Curry was turnover prone and didn’t get too many looks in game 5 but he was much more aggressive in this contest, blowing by Clippers defenders for better looks, erupting for 14 points in the 1st quarter. “Tonight I was able to get downhill a little bit more,” Curry said. “It seemed like they tried to trap but I had a better first step getting around.” Andre Iguadala hit a big 3-pointer down the stretch for GS and added 15 points for the night, Mo Speights had 12 points off the bench.

O’Neal’s availability for Game 7 is questionable—he will have an MRI on Friday to determine his status. CP3 injured his thumb late in the game and that is an injury to watch leading into the finale. Game 7 is Saturday at Staples Center.—Nima Zarrabi