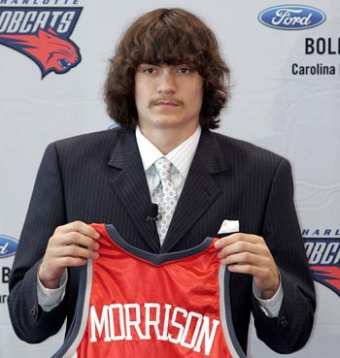 As of today, Adam Morrison and his wispy mustache are headed to the City of Angels in exchange for Vladimir Radmanovich. The throw-in in the deal is Shannon Brown.

More from the LA Times‘ report:

Overall, the deal will save the Lakers more than $8 million in salary cap space over the next two seasons. “We feel we picked up two players that could have upside,” Lakers General Manager Mitch Kupchak said. “We pick up some flexibility down the road with a shorter commitment vs. Vlade’s commitment.”

The financials make perfect sense for the Lakers, but basketball-wise, this changes next to nothing. The only reason this is even worth a mention is the fun that will be watching and reading about the relationship between Phil Jackson and Adam Morrison.