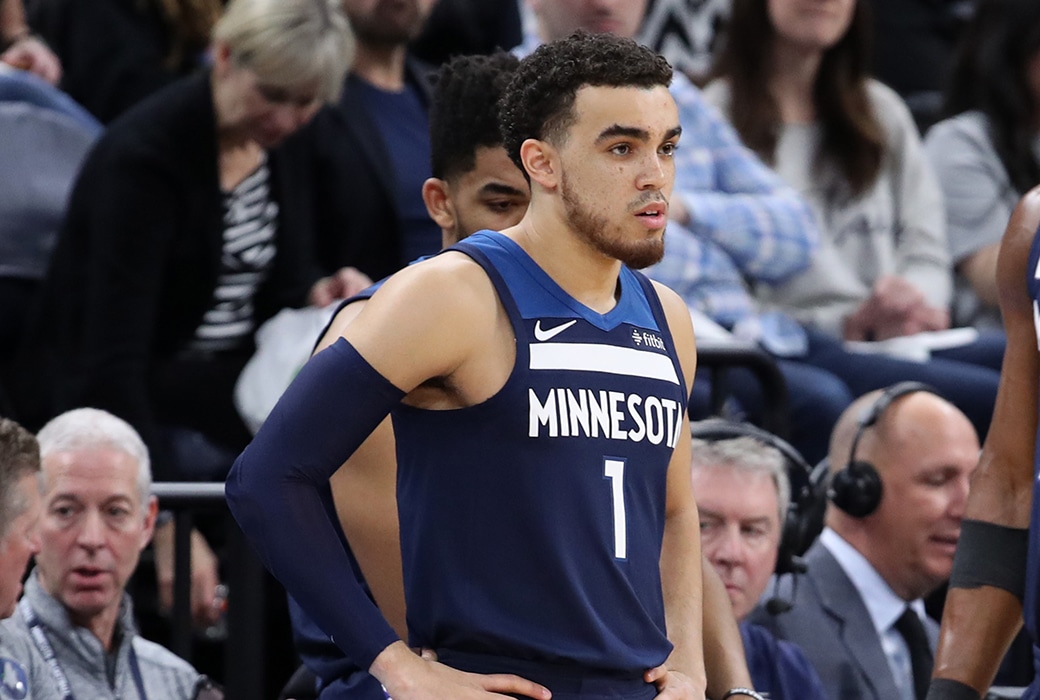 Tyus Jones considered requesting a trade from the Timberwolves after averaging just 17.9 minutes last season and 13.8 minutes in the playoffs, according to the Sporting News Sean Deveney.

In a meeting after the playoffs, Wolves coach Tom Thibodeau assured Jones his opportunities would increase next season, diffusing his concerns.

Sources told Sporting News that Jones met with team management after the playoffs, and Thibodeau reasserted his support of Jones and his development. Even if the Wolves re-sign Rose, Jones was assured, his minutes and opportunities would increase because Crawford is not expected to return to the team. […]

Jones had considered requesting a trade, but the meeting with the team defused that notion before it arose. And for now, at least, the Wolves have no intention of dealing him.