The Beard became an unstoppable offensive force in his first signature sneaker. 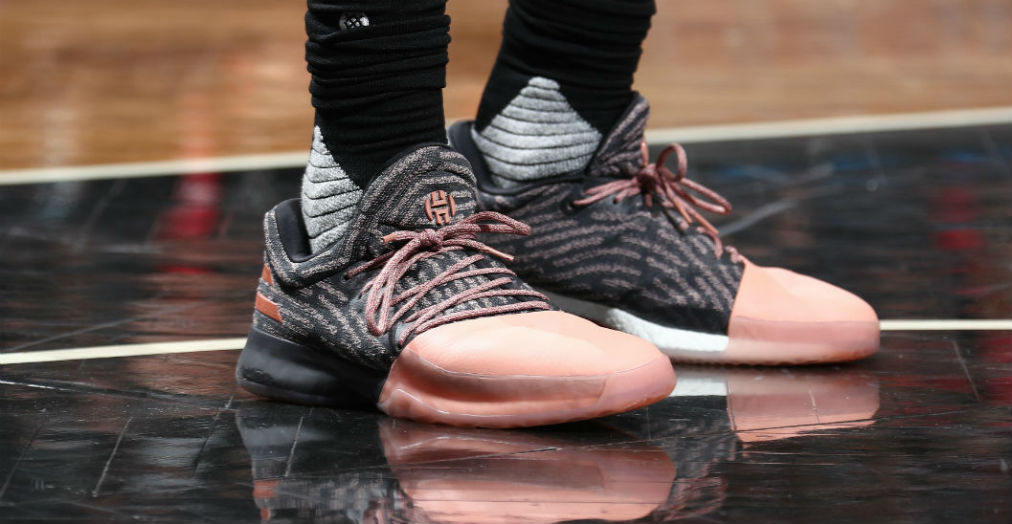 Adidas’ mission for the Harden Vol. 1 was to “wake the game up.” They wanted to create a sneaker that was different.

“This was my first time creating a shoe from the ground up,” Harden said, via press release when the silhouette was first unveiled. “With adidas, we wanted to stand for something different, be true to who we are and that’s how we separate ourselves. It’s built for how I play and you’ll see my style, different moods, the little details and stories that represent who I am. People always ask me, ‘How are you different?’ It’s hard to explain how you’re different but the shoe explains it for me.”

The Three Stripes built the Vol. 1 with a unique leather toe shroud that allowed for tons of colorways. They also scanned Harden’s foot to make a Beard-specific outsole. When they found the stress patterns that his feet follow, they had particular data driven sub-structures that resulted in a special traction pattern that helped Harden to EuroStep his way into buckets.

With his technology packed signature, Harden took to the court and had the best season of his eight-year career. He led the League in assists with 11.2 per game, put up 29.1 points, and grabbed 8.1 boards each night, guiding the Rockets to the No.3 seed in the West. While he was collecting ankles, he was wearing colorways that paid tribute to his college, his childhood promise to his mother, Arthur Ashe and how damn smooth his game has become.

Scroll through the gallery above to see the best colorways of Harden’s debut signature sneaker.