Jimmer Fredette’s become a star with the Shanghai Sharks. The former 10th pick in the 2011 draft averaged 37.4 points, 8.0 rebounds, 4.3 assists and 1.7 steals on 47.7 percent from the field and 40.4 percent from 3-point range last season for the Sharks. He won the International MVP award in the CBA and has solidified himself enough to secure a signature sneaker with Chinese brand 361º. 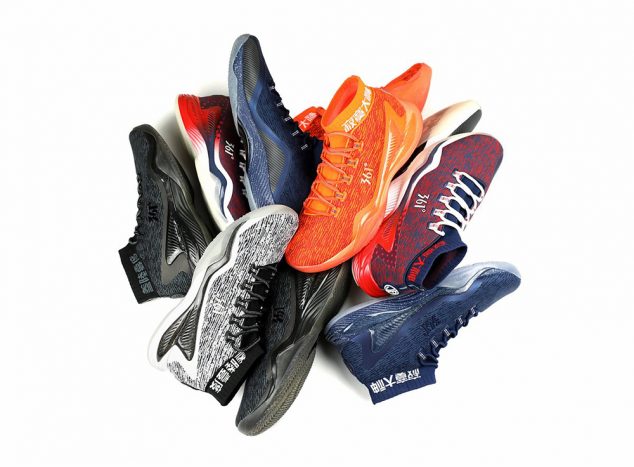 There isn’t any specific info on Jimmer’s kicks but the mid-cut silhouette has a knit collar and what looks to be a knit upper as well. So far each colorway revealed has a translucent outsole, too.

Though they aren’t on the 361º website, Fredette’s new kicks will mostly likely get a stateside release at some point. Since signing with the brand in January, there have been a few basketball and running sneakers that Jimmer’s promoted on his Instagram.