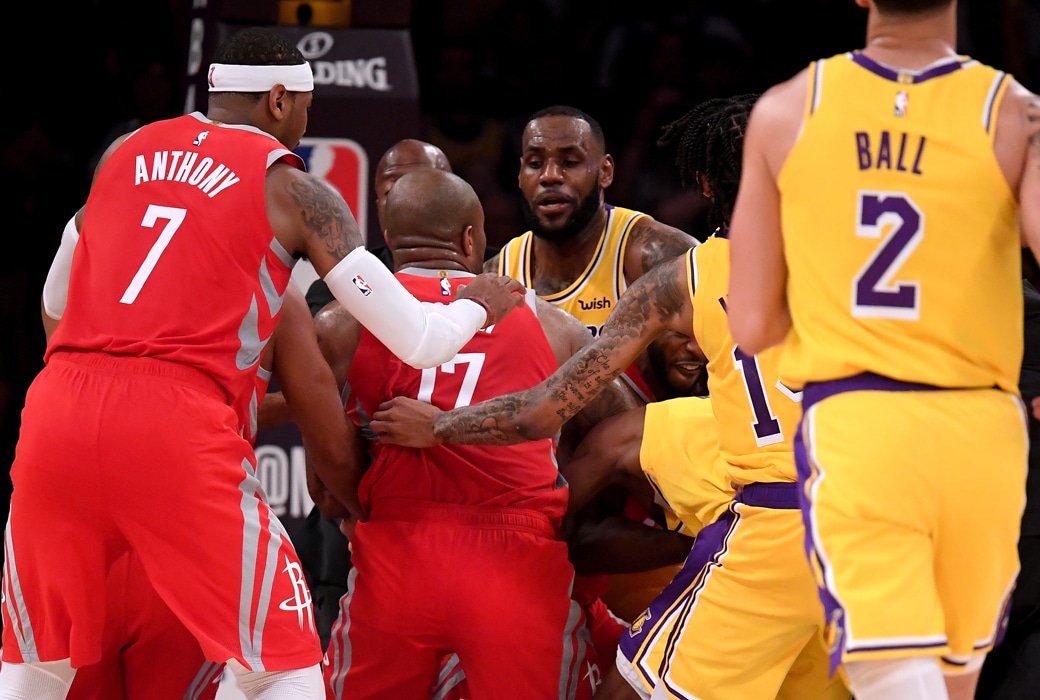 Indiana took a 10-point lead heading into the fourth and quickly expanded it to nearly 30. Victor Oladipo had 25 points, 7 boards and 4 steals.

With Kawhi Leonard (rest) out, Kyle Lowry stepped up and carried Toronto to victory. K-Low finished with 28 points (13 in the fourth) and 12 dimes.

Fred VanVleet dealt the critical blow by sinking an off-balance deuce with just under 14 seconds remaining.

FRED VANVLEET‼️ Ice runs in his veins (via @Raptors) pic.twitter.com/RBOIeoEf6D

Once again, the Celtics went to their 20-year-old star Jayson Tatum to get them a bucket when the game was on the line. Once again, he delivered.

The SLAM 218 cover subject drained a fadeaway over Tim Hardaway Jr’s outstretched arm to give Boston the lead with 21 seconds left. He finished with 24 and 14 at Madison Square Garden.

He’s built for the big time.

Jayson Tatum is a CERTIFIED star (via @NBA) pic.twitter.com/8QcfSFfvDl

Orlando got off to a hot start, and then Philly decided to pull Ben Simmons out of the game because of “back tightness.”

But thanks to JJ Redick’s 8 threes (the last of which was the game-winner) and Joel Embiid’s 32 points, the Sixers were able to outlast the Magic.

"I told my guy that I was going to hit 8⃣ threes tonight." -JJ Redick

Three-pointer number 8⃣ was the game-winner! (via @NBA) pic.twitter.com/etxKQC3wbz

Charlotte nearly lost after building a 26-point third quarter lead, but none other than Kemba Walker kept the ship afloat.

After dropping 39 points, Walker is now averaging 35.3 points over the first three games of the season. Dude has to be Player of the Week in the East, right?

In another game that went down to the wire, Zach LaVine had a chance to win the game. But he lost the ball on the last play and the Bulls never got a shot off.

Blake Griffin had 33 points and 12 rebounds for Detroit.

In the highest scoring game of the evening, Minnesota and Dallas went neck-and-neck during the second half with very little defense.

DeAndre Jordan was his usual self with 22 points, 10 rebounds and 5 blocks, while Dennis Smith Jr (19 points, 6 dimes) came up with the super-clutch and one with just 6 seconds remaining.

Only two players have recorded a triple-double without missing a shot: Wilt Chamberlain and Nikola Jokic.

Jokic scored 35 points on just 11 shots and get this: He didn’t commit a turnover while playing just under 31 minutes. Unreal.

Damian Lillard quietly turned in yet another gem in this one: 29 points (on 15 shots), 9 assists with 0 turnovers and 0 fouls.

CJ McCollum added 24 points (on 15 shots) and crossed up Bryn Forbes into oblivion.

Here’s hoping you didn’t turn this game off early! Staples Center erupted in a brawl late in the fourth quarter.

Brandon Ingram shoved James Harden in the back after Ingram was called for a shooting foul. Then longtime foes, Chris Paul and Rajon Rondo, went at it—shoving and throwing blows at each other.

As #ThemHands were being thrown, Ingram ran back to the fray to add a couple punches to the mix. He connected on a punch to Paul before the players were separated.

All three were ejected from the game and will be facing fines and suspensions in the days to come!