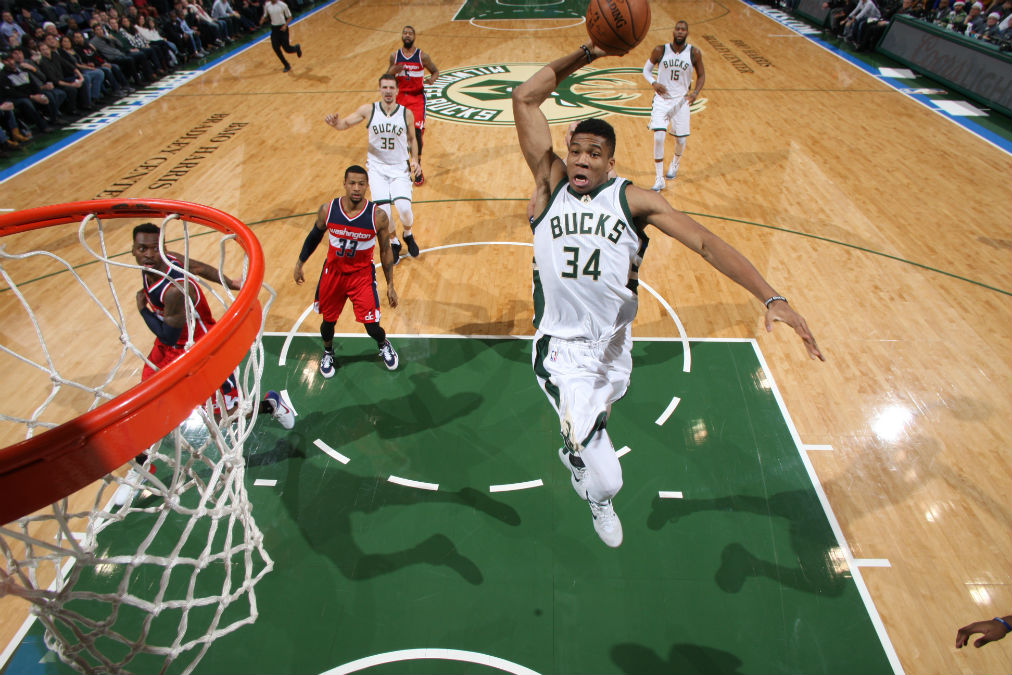 Nic Batum registered the night’s first big game. He racked up 20 points, 11 rebounds, 10 assists, 1 block and 1 steal. It’s his first trip-dub of the season and the Hornets third straight win. Kemba Walker had 20 and Michael Kidd-Gilchrist had 12 points, 9 rebounds and 4 blocks.

Both Robin Lopez and Taj Gibson were ejected late in the game for retaliating to what they thought was dirty play. Jimmy Butler did his best to keep Chicago in it, scoring 26, but he couldn’t get the Bulls to recover from their 38% shooting from the field.

The Magic set a franchise record with 9 blocked shots in the first quarter. The Lakers never got close after that. They shot just 35% for the game.

The @OrlandoMagic set a franchise record with 9 blocks in the first quarter. pic.twitter.com/pKeq6cgkWq

For Orlando, Elfrid Payton had 25 points and 9 dimes. He was backed up by four other Magic players in double-figures. They never trailed and built as much as a 25-point lead.

Gotta feel bad for the Nets. 24 hours after they surrendered a 16-point lead to the Warriors, they get absolutely jumped by the Cavs. LeBron James scored 19, Kevin Love grabbed 15 boards and Kyrie Irving dished out 10 assists. The wine & gold led by as many as 46 at one point. This one was never a contest. The Nets have now lost five in a row.

Russell Westbrook isn’t human. He’s a basketball robot sent from the future to change the way we think about hoops. He went off for 45 points, 11 rebounds and 11 assists in Boston. Isaiah Thomas had a masterful 34 points and 10 dimes, but it doesn’t matter because Russ just sucks up all the life that’s around him on the floor. He’s become a force. He stepped up huge in the clutch, scoring OKC’s final 15 points of the game. ROBOT.

This game was tied with 1:31 left. Draymond Green broke free for his first basket of the night and the Warriors were able to hold on. Kevin Durant shot 13-18 for 32 points and Stephen Curry had 25 and 8 assists. JaVale McGee chipped in 15 off the bench.

The Pistons forced 23 turnovers, the most that the Warriors have coughed up this season. Tobias Harris had 26 and Kentavious Caldwell-Pope had 25. Despite the turnovers, the Dubs shot 55% and overcame 18 lead changes and 10 ties.

Giannis Antetokounmpo’s getting better by the day. The Greek Freak scored a career-high 39 tonight, to go along with 8 rebounds and 6 assists. He was hitting midrange pullups, driving finger-rolls, sweeping baby hooks. He was dunking on folks. He did it all. There was no way he was going to let the Bucks lose this game. Jabari Parker added an efficient 21 points and 8 ‘bounds, while Greg Monroe pulled down 11 rebounds and Malcolm Brogdon had 7 assists. The Bucks shot 56% from the field, 24-27 from the line and led by as many as 31. John Wall had 18 and 10 in the loss.

The Grizzlies showed up late, using a 21-5 fourth quarter run to take the lead from the Rockets. Mike Conley had 24 and Marc Gasol and Zach Randolph both scored 16.

Jarrell Martin gettin' up for the putback. https://t.co/aOz8Hbc0Mi

Ryan Anderson shot 8-14 from distance on his way to 31 points. James Harden had 17 assists, 16 points, 9 turnovers and 7 rebounds.

Even though the Pelicans haven’t been able to win consistently, Anthony Davis is still balling. The Brow had a career-best 22 rebounds to go with his 28 points and 4 blocks. He shot 10-17 from the field, out-dueling Hassan Whiteside’s 10 points and 18 rebounds.

The Heat had a 14-point lead in the third and the Brow had 19 of his points and 14 of his rebounds in the second half. Jrue Holiday and Langston Galloway helped Davis. The Pels scored 37 points in the last 16 minutes to seal it.

Zach LaVine hit 40 points for the first time in his career, also making 7 three-pointers, which is another personal best. He’s proving himself to be a dynamic offensive threat, capable of scoring binges.

But DeMarcus Cousins is also a beast. Kinfolk had 21 of his 32 in the second half, and also had 7 rebounds, 7 assists, 4 steals and 2 blocks. He led the Kings back from a 9-point second half deficit. Sac-Town hit a season-high 15 treys, with 5 coming from Anthony Tolliver’s cannon.

But @boogiecousins is 6-11. Is he allowed to cross people up? Isn't that unfair? https://t.co/zadtYsk6Ca

The Hawks were down 108-100 with 1:38 left. In that final stretch, they didn’t make a single field goal. Instead, they shot 9-9 from the free throw line to secure a very strange road win. Paul Millsap made the g0-ahead buckets after getting fouled on a jumper from the left baseline with 6 seconds left. He had 20, Dennis Schroeder had 27 for Atlanta, who was without Dwight Howard.

After missing most of the third quarter because of a busted lip that required stitches, Kyle Lowry delivered one of his best quarters. He shot 9-10 in the final frame, scoring 19 of his 36. He was devastating. He got to the rack, hit a three from the parking lot and hit backbreaking middies. The 36 points (15-20 shooting) is a season-high for Lowry. Gordon Hayward had 23 for Utah. The Jazz lost a 5-point fourth quarter advantage.

The Suns shot 12-26 from distance and 27-37 from the line. Behind a combined 47 points and 17 assists from Eric Bledsoe and Devin Booker, they survived 27 points and 7 boards from Joel Embiid.

Kawhi Leonard hit 5 three-balls to finish with 33 points. It’s his eighth game of 30 or more this season. He was 9-15 from the field and 5-7 from deep. As a team, the Spurs shot 12-20 from outside the arc and 20-21 at the foul line. They had more steals, blocks and rebounds than the Blazers and Damian Lillard and CJ McCollum only scored a combined 32 points. The Blazers have now lost five in a row.

Harrison Barnes sank the game-winning bucket with 3 seconds remaining to give him 24 points on the game. Deron Williams had 12 points and 9 assists and Dirk Nowitzki made his return after sitting the previous 14 games because of a strained right Achilles. He dropped a light 17 points in 14 minutes, but he didn’t play at all in the second half.

The Clippers were without Chris Paul and Blake Griffin. Austin Rivers picked up the scoring slack, drilling 4 three-pointers on his way to 16 points. Jamal Crawford had 26 points. DeAndre Jordan pulled down 17 rebounds but only had 7 points. JJ Redick also struggled, scoring 11 points.

So good to see Dirk back on the court. https://t.co/4yK5PBPC4m