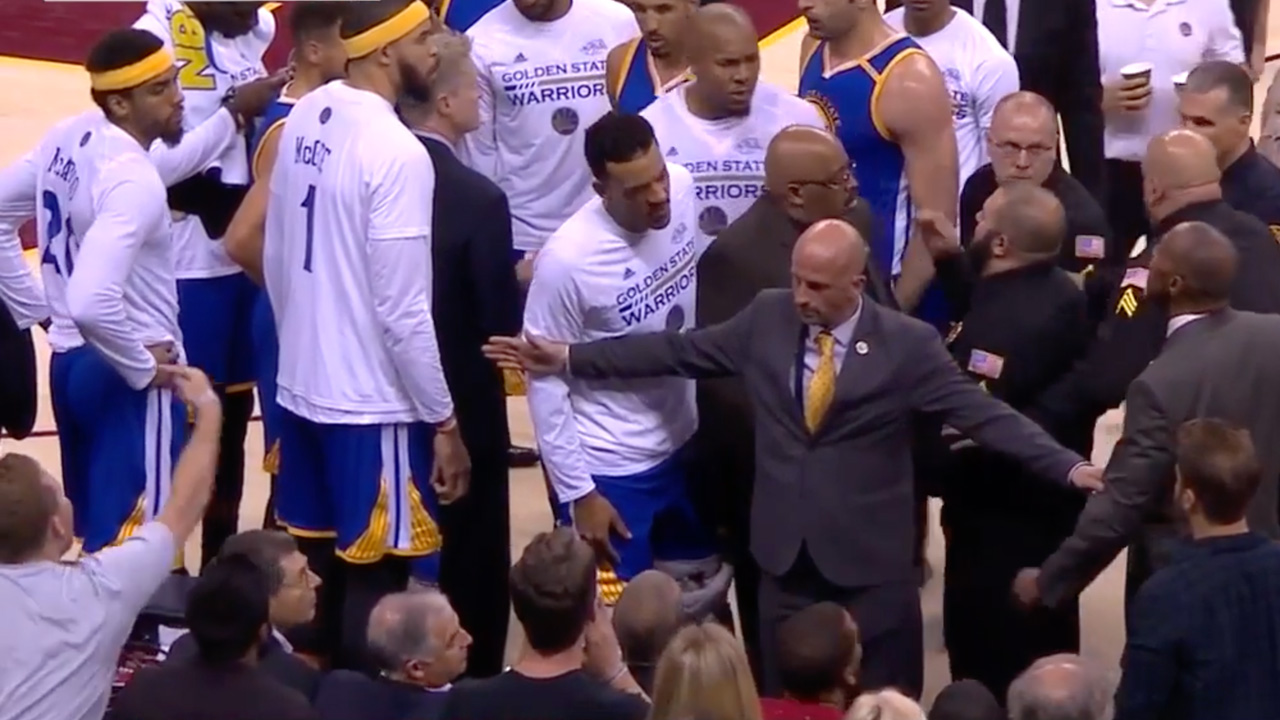 As expected, tensions were high during Game 4 with an NBA championship on the line.

In the fourth quarter, Players started to jaw at each other after a questionable punch by Zaza Pachulia in the vicinity of Iman Shumpert’s groin.

During the official review, a fan took it a bit to far—shouting obscenities at Warriors players—and was promptly escorted out of the arena.

RELATED:
LeBron James and Kevin Durant Get Into Heated Argument During Game 4