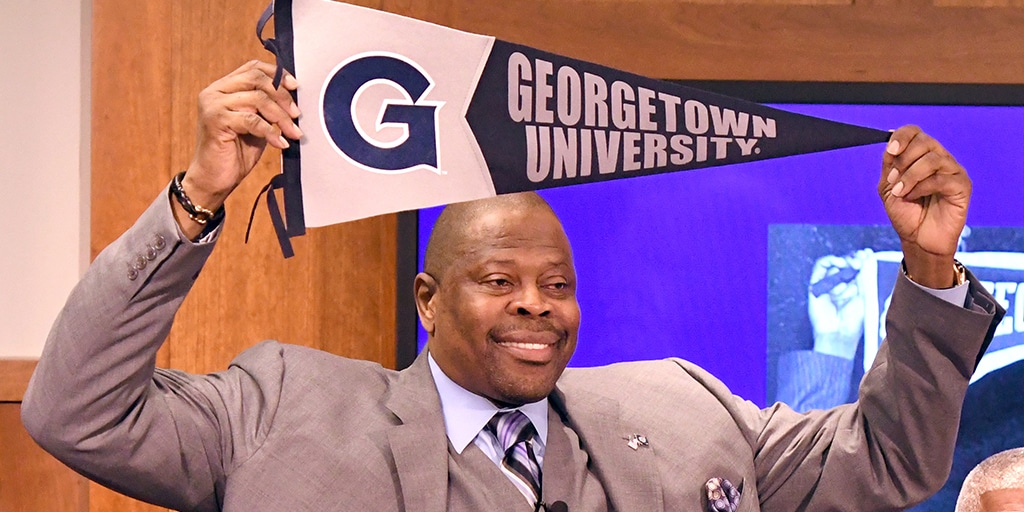 HBO’s “Real Sports With Bryant Gumbel” will air a profile on new Georgetown head coach Patrick Ewing tonight, October 24. Over the course of the show, Gumbel sits with both Ewing and former head coach John Thompson, who still has an influence over the Georgetown program.

Ewing was recruited and coached by Thompson during his career at Georgetown and there has been speculation as to whether the legendary head coach will influence Ewing on the sidelines—a notion that Patrick admits is insulting to him:

You know, when I got this job, you know, one of the things that they asked me, “Is coach Thompson going to be coaching this team?” And I took offense to that. I am 55 years old. And I am my own man.

Gumbel also asked Thompson if there was any truth that the hiring of Ewing was made to appease him after his son had been fired:

Gumbel:  “Somebody wrote, ‘After firing his son, the specter of further alienating John Thompson proved scary to Georgetown. So they went with a guy of whom they knew he’d enthusiastically approve.’”

Thompson: “I would say that that’s an insult to my intelligence. This university’s too smart and too powerful to let me scare them into hiring somebody.”

The full segment airs tonight at 10 PM EST on HBO.