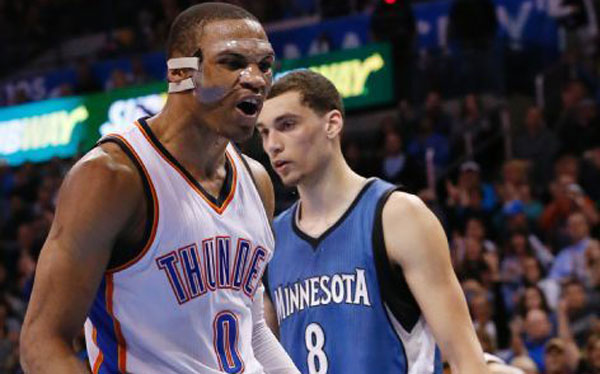 Russell Westbrook may not win MVP, but he’s cementing his place in the record books with his run of six triple-doubles in eight games. The last player to do it? MJ in 1989. It was Westbrook’s eighth triple-double of the season—the most since J-Kidd in 2007-08.