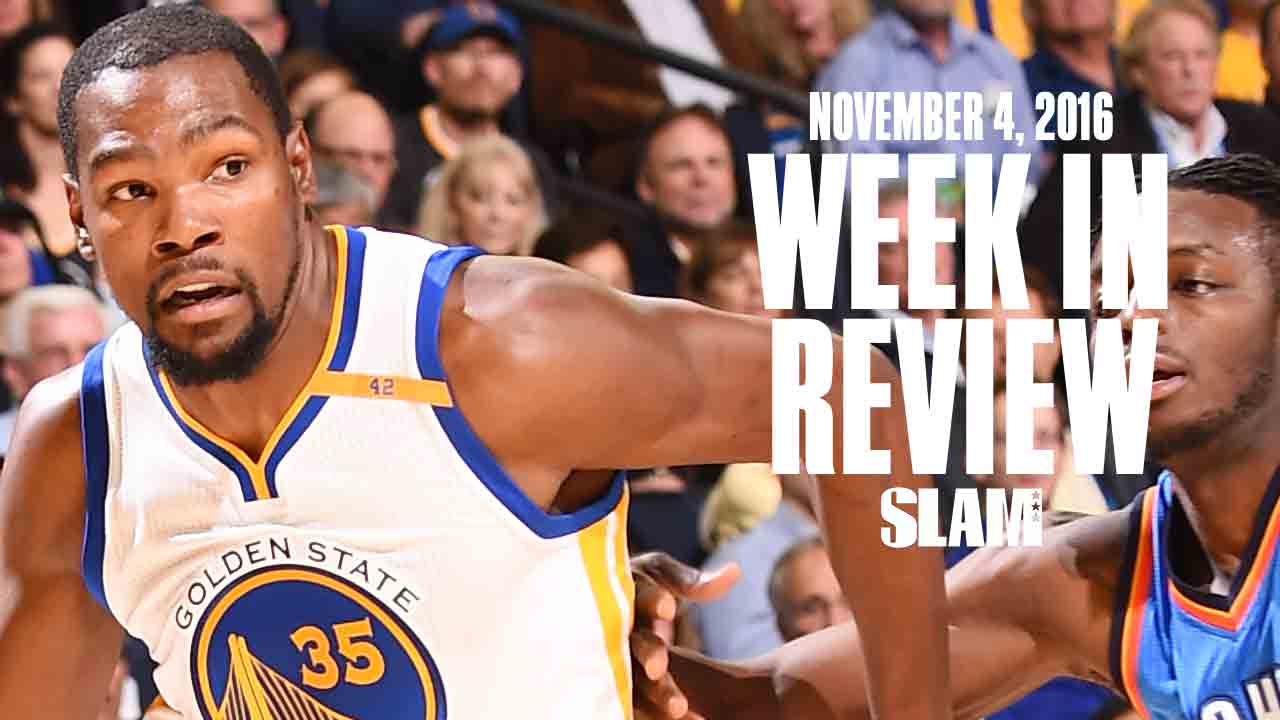 In this edition of the SLAM Week in Review, Kevin Durant and the Golden State Warriors made a major statement in a 122-96 blowout of the OKC Thunder on Thursday. Durant, in his first game against his former team, hit a career-high 7 three-pointers en route to a game-high 39 points.

In other news, Draymond Green and Klay Thompson responded to the not-so-subtle troll job by the Cleveland Cavaliers at LeBron James’ Halloween party.

And lastly, the NBA announced that all major regular season awards will be televised during the forthcoming “NBA Awards Show”.