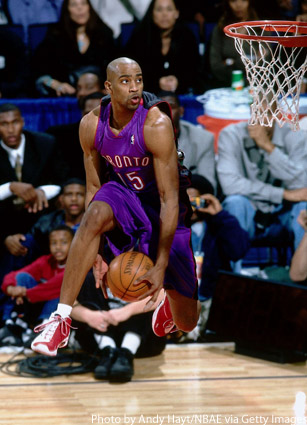 If you read the 150 best SLAM memories in our 150th issue, you may have been confused by number 91, which references an unreal Vince Carter highlight tape that became the inspiration for the SLAM 104 cover story. The video, which lived for years only on VHS, was recently uploaded to YouTube for the first time, and we’ve got it for you in its entirety above. We’ll run the SLAM 104 Vince feature soon, but until then, enjoy this amazing mix of highlights, with some footage of what may be Mike Tyson’s craziest press conference ever and Bruce Smith passing out on live TV sprinkled in just because.