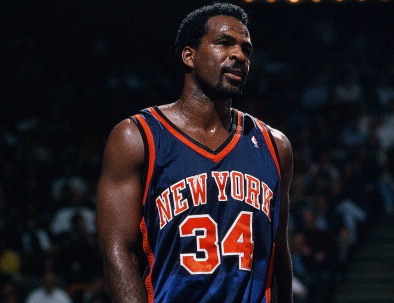 Update (February 9): The Knicks have updated their statement and claim that “everything [Oakley] said since the incident is pure fiction:”

Update (February 9): Following his release from the Midtown South precinct in Manhattan, Oakley went uptown to Jimmy’s restaurant in the Bronx. Oakley shared his side of the story on the restaurant’s Instagram account:

Los Angeles Clippers head coach Doc Rivers told reporters following the game that seeing Charles get in a physical altercation with security was “tough for me to watch.”

“That was tough for me to watch,” Rivers added. “Honest to God, you could see it. I actually took three steps and I swear I was going to run down there, and I thought, ‘What the hell am I going to do?’ But I didn’t like that. That’s my guy. That was tough to watch from where I was standing.”

Original Story (February 8): In one of the most bizarre incidents to happen during an NBA game, Charles Oakley began shoving security gaurds at Madison Square Garden and had to be escorted out of the arena.

Reports differ on what spurned the incident, but Oakley was the first to get physical.

Another angle of Charles Oakley's meltdown at the Garden. (via @ischafer) pic.twitter.com/hTASO5okzX

According to the Associated Press, Oakley provoked the incident by shouting at Garden chairman James Dolan.

Oakley was later released from the Midtown South precinct in Manhattan, where he received a desk appearance ticket and was charged with three counts of assault.

He told his side of the story to the NY Daily News:

“I was there for four minutes,” Oakley said late Wednesday night. “I didn’t say anything to him. I swear on my mother. They came over and wanted to know why I was sitting there. I bought the ticket. I said why do you guys keep staring at me. Then they asked me to leave. And I said I’m not leaving.”

In terrible taste, the Knicks released a statement soon after Oakley was detained which read, “He was a great Knick and we hope he gets some help soon.”