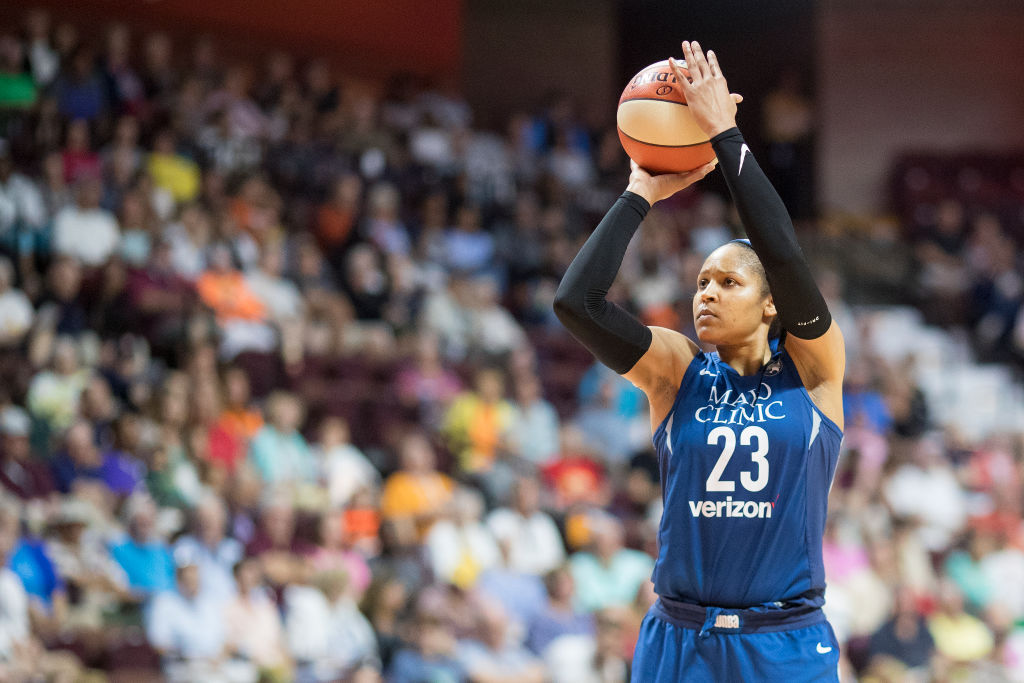 For the second consecutive year, one of the WNBA’s greats will elect to sit out the season and pursue other interests. Kurt Streeter of the New York Times reports that Maya Moore will not play for the Minnesota Lynx in 2020.

Moore hasn’t formally retired but says she is content where she is in her life pushing for criminal justice reform, particularly the case of one individual she believes to be wrongfully convicted.

Moore’s decision to sit out last season left open the possibility that she would suit up for Team USA in the 2020 Olympics but that, too, is off the table as she focuses on her new pursuit.

The six-time All-Star and former MVP was 29 years old when she stepped away the first time and now won’t return to the court until her age 31 season at least.

News of Moore’s absence comes weeks after the WNBA and WNBA player’s union came to an agreement on a new collective bargaining agreement that will drastically increase player compensation, including raises to player salaries and other specifically designated marketing benefits.

Streeter’s feature highlights Moore’s genuine passion for criminal justice reform but the superstar’s hiatus underscores the unique challenges that the WNBA faces as its stars are often introduced to additional opportunities that can compete with their commitments to the league.