A Jones For Indiana 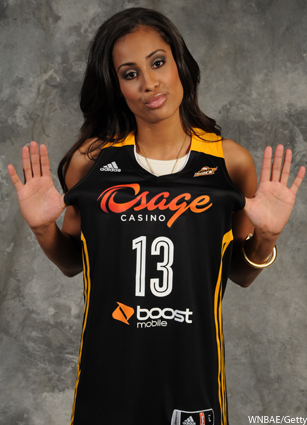 SLAM: Tell us a little bit about your hometown.

Skylar Diggins: I grew up in South Bend, IN. Because Notre Dame is right there, South Bend is a big football town. But Indiana is also a huge basketball state where people take the sport very seriously, which is the environment I grew up in.

SLAM: Where’d you spend most of your time in South Bend?

SD: The Martin Luther King Jr Community Center—I call it “The Center.” I was there all day, every day working on my game. That’s really where I learned how to play and where I developed my skills.

SLAM: Who taught you how to play?

SD: Well, I started playing when I was about 5 or 6 years old. I tried soccer and softball beforehand, but basketball just kind of stuck with me. So before I started playing, my dad (Maurice Scott, her stepfather—Ed.), who works at the MLK Jr Center, used to coach boys. But then when I got to be like 10 or 11, we found a bunch of other girls who really wanted to play. So we made a team and he became my coach.

SLAM: Did those teams play against girls or guys?

SD: Before we made that team, until I was about 10, I only played on teams with guys. Then at 10 I wasn’t allowed to anymore, but our girls team did play against boys teams. I did that until I turned 13—then we joined the AAU circuit and there we only played against girls.

SD: If anyone could do it, it’s Brittney. But you know, it’s funny: in our sport, we’re always trying to compare ourselves to the guys and stuff like that. I just want to play the women’s game. I’ve always dreamed about playing in the WNBA, and now that that opportunity has come around, I’m going to take it and run with it. I’ve never been a person who felt like I had to prove myself playing against guys.

SLAM: Growing up, were you a fan of the WNBA?

SD: I loved that Houston Comets dynasty team at the beginning of the WNBA. The one with Cynthia Cooper, Sheryl Swoopes and Tina Thompson. I really loved Cynthia Cooper. She changed the game.

SLAM: Was she a person you modeled your game after?

SD: For sure. And lots of others. I try to take something from every good player, man or woman. Like how Tamika Catchings plays defense. How Diana Taurasi—she just has that dog in her and will kill anybody to get some buckets. And Kobe, too—he’s the same way. They’re both aggressive and can take over a game on both ends of the floor and just have that “refuse to lose” attitude. Not a lot of players have that.

SLAM: Have you been able to meet any of those players you admired growing up?

SD: I actually just got to meet Sheryl Swoopes, who was a player I always looked up to. I remember when I was a kid going to a game and seeing her play, and then waiting for her outside the arena with my mom for, like, an hour. So meeting her was pretty cool. I didn’t tell her that story, though [laughs].

SLAM: What was the worst job you had growing up?

SD: I never really worked when I was a kid [laughs]. Can I tell you what my best job was?

SD: I had a job working with kids when I was younger, like doing skills camps and things like that. I thought that was pretty dope. I really liked that.

SLAM: Do you get sick of all the questions about being an attractive women’s basketball player?

SD: Well, I get it a lot more than you would expect, and I really don’t know what people want me to say. I’m not the type to walk around and say, Look at me, I’m so pretty. I just play the game and let people say whatever they want to say, and if they’re watching our games, then I really don’t care. Sometimes the stuff said touches a nerve, but as long as people understand that I work hard on my craft and that’s why I’ve been able to get to where I am today, well I guess then it’s OK. 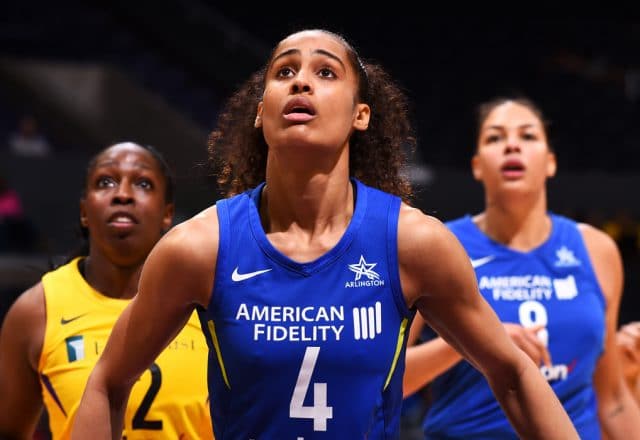 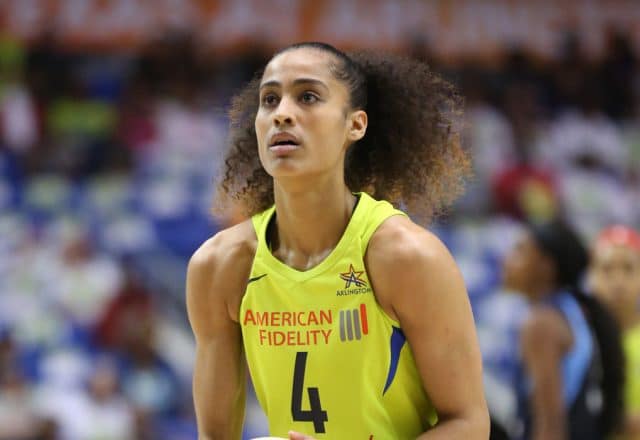